by Jivdaya Charitable Trust
Ailing animals respond to treatment faster when treatment is given to them without changing their natural habitat. Our three Mobile Clinic V… read more
$66,530 raised of $101,100 goal
Animal Welfare | United States | California

Save the Lives of Domestic Pigeons & Doves

Emergency Veterinary Care for Pets of the Homeless

by Feeding Pets of the Homeless
Your donation will help a pet that belongs to a homeless person in the U.S., and Canada. We provide emergency veterinary care and pet food … read more
$424,253 raised of $500,000 goal
Animal Welfare | India

by Jivdaya Charitable Trust
The project is to promote scientific rehabilitation and will motivate the community people (both rural and urban) to save these homeless aba… read more
$14,955 raised of $40,000 goal
Animal Welfare | United States | California

by Ol Pejeta Conservancy
As the largest black rhino sanctuary in East and Central Africa and home to the world's last two northern white rhinos, Ol Pejeta is one of … read more
$386,359 raised of $500,000 goal
Animal Welfare | India

by Jivdaya Charitable Trust
Through this project, we provide treatment and rehabilitation to all diseased and distressed animals & birds. We have two separate, fully eq… read more
$7,686 raised of $240,000 goal
Physical Health | Tanzania, United Republic of

Give second chance for 100 rescue animals in India

by Humane Animal Society (HAS)
This project will facilitate the care and maintenance of rescue animals housed in a sanctuary located in Coimbatore, India. The sanctuary of… read more
$73,676 raised of $90,000 goal
Animal Welfare | South Africa

by Wildlife Conservation Trust
Fenya was a young elephant calf that was a severe snaring victim and was brought into our care on 17 February 2021. She had somehow survived… read more
$106,786 raised of $180,000 goal
Animal Welfare | United States | Oregon

Give Health & Purpose to a Neglected Horse

Help Street Dogs in Dharamsala and Save Lives

Give refugee children in Serbia hope for education

by Pomoc deci
After more than 20 years of wars in the Balkans, there are still about 1000 children in 30 collective centers in Serbia. Many of these child… read more
$105,234 raised of $150,000 goal
Animal Welfare | United States | Maryland

War Vets Heal With the Help of Shelter Dogs

by Canines With a Cause
1 in 4 war veterans will come home with Post Traumatic Stress Disorder. Over four million healthy, adoptable animals will be euthanized in s… read more
$508,093 raised of $750,000 goal
Wildlife Conservation | India

Save the innocent Sparrow Birds

by Rajasthan Samgrah Kalyan Sansthan
This project has Designed to Conservation innocent Sparrow Bird, which are Rapid Extinct. Along with this, project has prepared to establish… read more
$8,051 raised of $11,000 goal
Animal Welfare | India

by Tree Of Life For Animals (TOLFA)
There are an estimated 30 million free-roaming dogs on India's streets. There are also cows, cats, donkeys and other animals that live on th… read more
$27,660 raised of $35,000 goal
Wildlife Conservation | Indonesia

by Sumatran Orangutan Society
Sumatran orangutans are rare and precious, and we need to ensure their safe future in the wild. They rely on rainforests to thrive, but fore… read more
$61,898 raised of $100,000 goal
Animal Welfare | Australia

by Arunachala Animal Sanctuary & Rescue Shelter
Known as the SHELTER WITH HEART. Our dogs/puppies run free and are happy cared for by a devoted Staff of 25 plus 3 full time vets. They're n… read more
$564,254 raised of $650,000 goal
Wildlife Conservation | United States | Wisconsin

by Fellow Mortals Wildlife Hospital
Fellow Mortals provides compassionate and professional care for injured and orphaned animals brought to the hospital by the public. We do n… read more
$99,042 raised of $150,000 goal
Wildlife Conservation | Cambodia

by CoderDojo Foundation
The CoderDojo movement believes that an understanding of programming languages is increasingly important in the modern world, that it's both… read more
$118,132 raised of $200,000 goal
Load 25 more of 261

Can't decide which project you care about most?

You don't have to! Each month, GlobalGiving picks an exceptionally high-performing project as the project of the month, and they receive money from donors who belong to our Project of the Month Club.

Become a member today, and your donation will go to a different very deserving project each month.

Give the gift of giving with a GlobalGiving Gift Card.

Other Ways to Get Involved 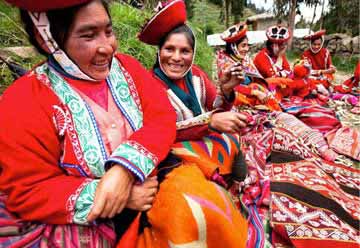 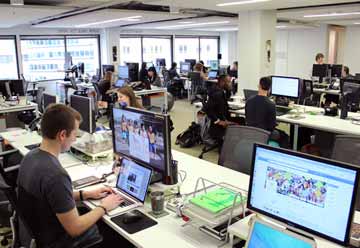 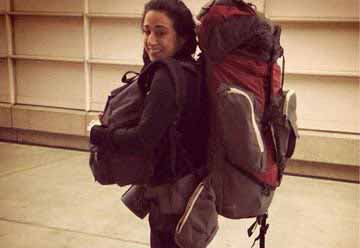 Travel
In the Field 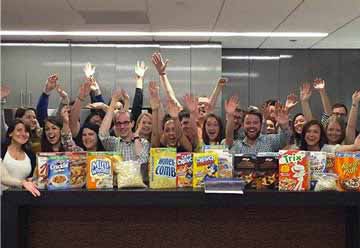 Join Our
Team
WARNING: Javascript is currently disabled or is not available in your browser. GlobalGiving makes extensive use of Javascript and will not function properly with Javascript disabled. Please enable Javascript and refresh this page.