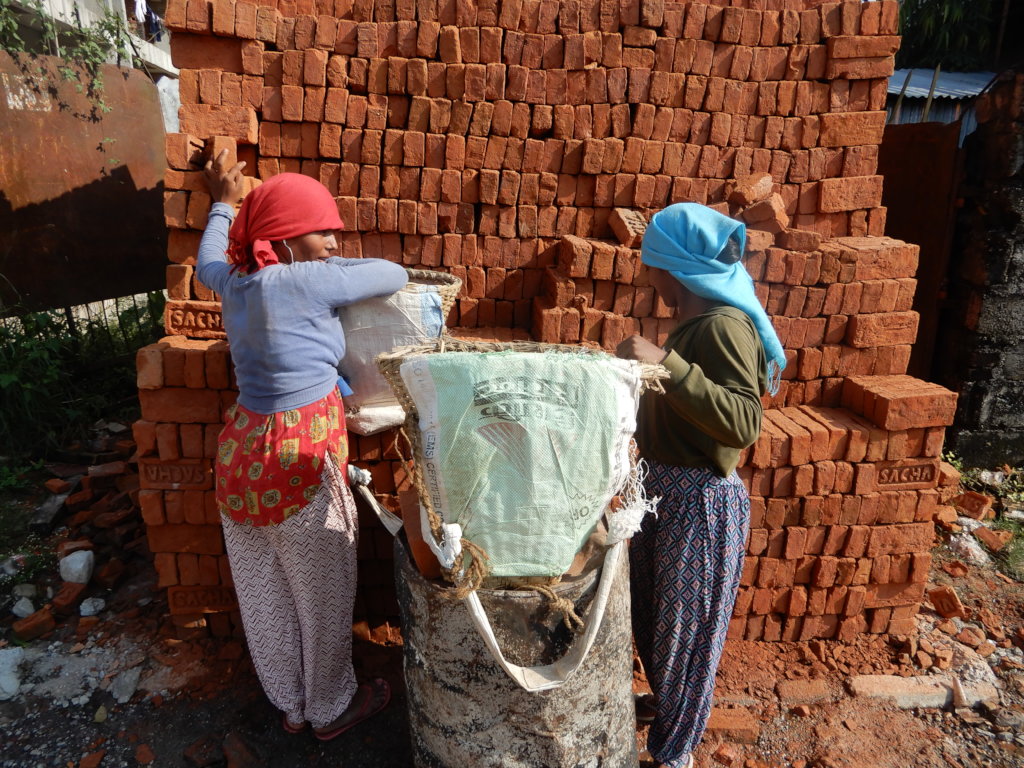 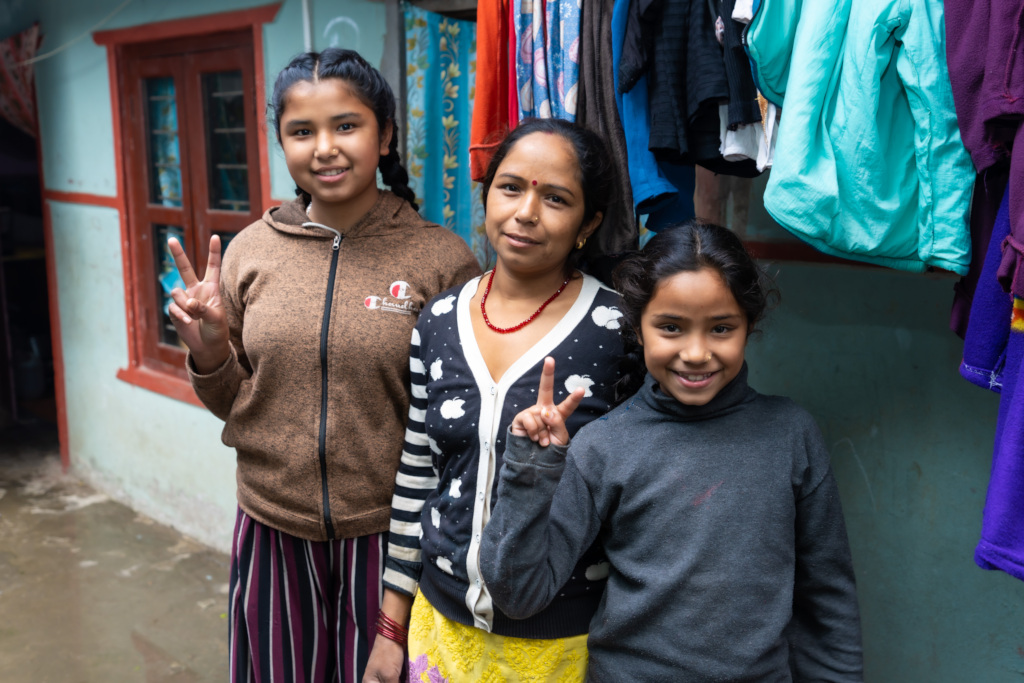 (Name WithHeld) was born in a small village called Lahachowk, situated on the foothills of the Himalayas in the vicinity of Pokhara. Her parents owned a small farm and some livestock, enough for the family of six to live a simple village life, like the majority of the people who live in rural Nepal. When (Name WithHeld) was three years old, her legs were badly burnt while she was sleeping nearby an open fire in the house. These accidents are frequent in Nepal because many villagers are still cooking on open wood-fires.

(Name WithHeld) attended school for a couple of years only, because she had to help with the daily chores from early age on.

When she was 19 years old, her parents arranged a marriage with a man from a neighboring village who was laboring on construction sites. A daily wage earner, he used to get drunk after the wages were paid out. Sadly, this is a frequent habit among many of the working-class males.

After the first daughter (Name WithHeld) was born the man’s bad temper worsened, he became violent and he started to beat his wife frequently.

After the birth of the second daughter (Name WithHeld), the husband frustrated by the fact that his wife didn’t deliver a male heir, turned increasingly violent and frequently brutalized his defenseless wife.

When he extended his abusiveness towards his daughters and the Mother was no longer able to protect them, she fled her home together with her two daughters aged 7 & 3, with nothing more than the clothes they were wearing and a few items they were able to carry. At the time (Name WithHeld) was 25 years old.

Husbands leaving their families or terrorizing them when only females are born is a sad reality and “BEF” is frequently confronted with these worst forms of gender discrimination and violence.

(Name WithHeld) found a small room in Pokhara and she went to work on construction sites, carrying heavy loads of bricks and mortar.

Due to the deep scars in her legs from her burning accident as a child (Name WithHeld) was always in pain. One day the hard labor provoked a uterus prolapse, a disease that many working-class women in Nepal have to cope with. Things turned from bad to worse since she was no longer able to carry heavy loads for many hours a day and she ended up begging for food in the streets of Pokhara.

(Name WithHeld) came to know about “BEF” and she recently applied for support.

Given the dire circumstances and the imminent danger that this family of three is facing we decided to take this family under our umbrella without any delay!

The yearly expenses to provide and care for this family of three amounts to approximately € 1200,-. This is including the treatment of the uterus prolapse and other health problems. Our board member Dr. Shuvechchha , a gynecologist will organize the referral to a Clinic that is specialized for an adequate treatment for this particular issue.

We do not have the funds required to take new families on board, but we are determined to extend our help to more such families that are in dire need of help and we are confident that our growing donor-community will approve and support our decisions and our actions!

From now (Name WithHeld) and her two daughters are under “BEF’s” protection and they live a life in safety and dignity; for them our/your support is making all the difference!

Surendra and the TEAM

Project Leader:
Surendra Pariyar
Pokhara, Nepal
$1,448 raised of $25,000 goal
You last donated to this project on
11 donations
$23,552 to go
* Amounts in US Dollars
Donate Now
Donate once
Donate monthly
$18
USD
will buy a warm jacket and woolen cap for 1 member of the family
›
$20
USD
will buy a pair of shoes and 2 shocks for a child
›
$30
USD
can provide nutritious meals for a family of 3 for a month
›
$40
USD
will take care of all medical expense of the family
›
$1,095
USD
will pay for all basic expenses for a family of 3 for a year
›

Donating through GlobalGiving is safe, secure, and easy with many payment options to choose from. View other ways to donate
Bahini Educare Foundation has earned this recognition on GlobalGiving:

GlobalGiving
Guarantee
Donate https://www.globalgiving.org/dy/cart/view/gg.html?cmd=addItem&projid=50287&rf=microdata&frequency=ONCE&amount=25
Please Note
WARNING: Javascript is currently disabled or is not available in your browser. GlobalGiving makes extensive use of Javascript and will not function properly with Javascript disabled. Please enable Javascript and refresh this page.