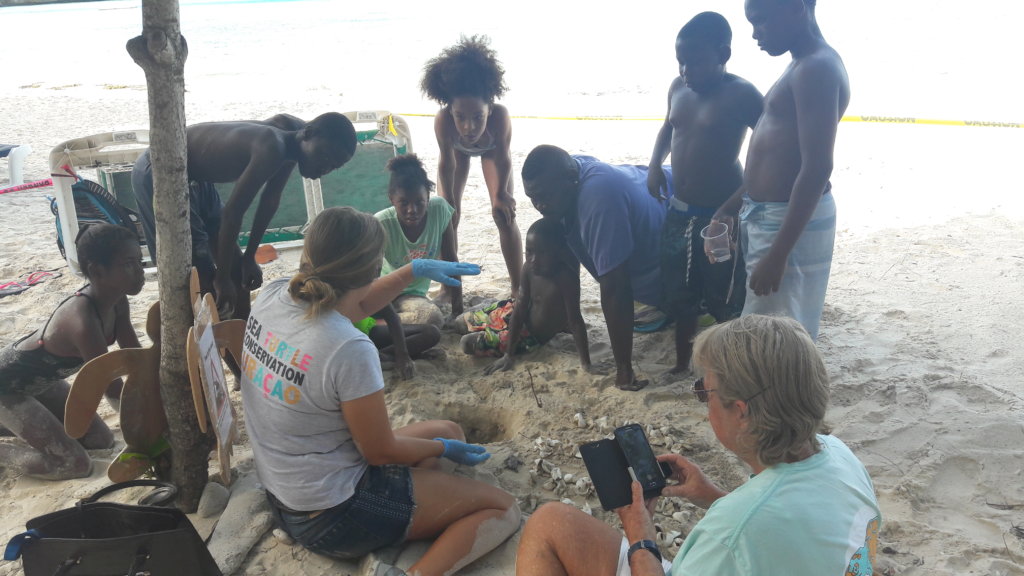 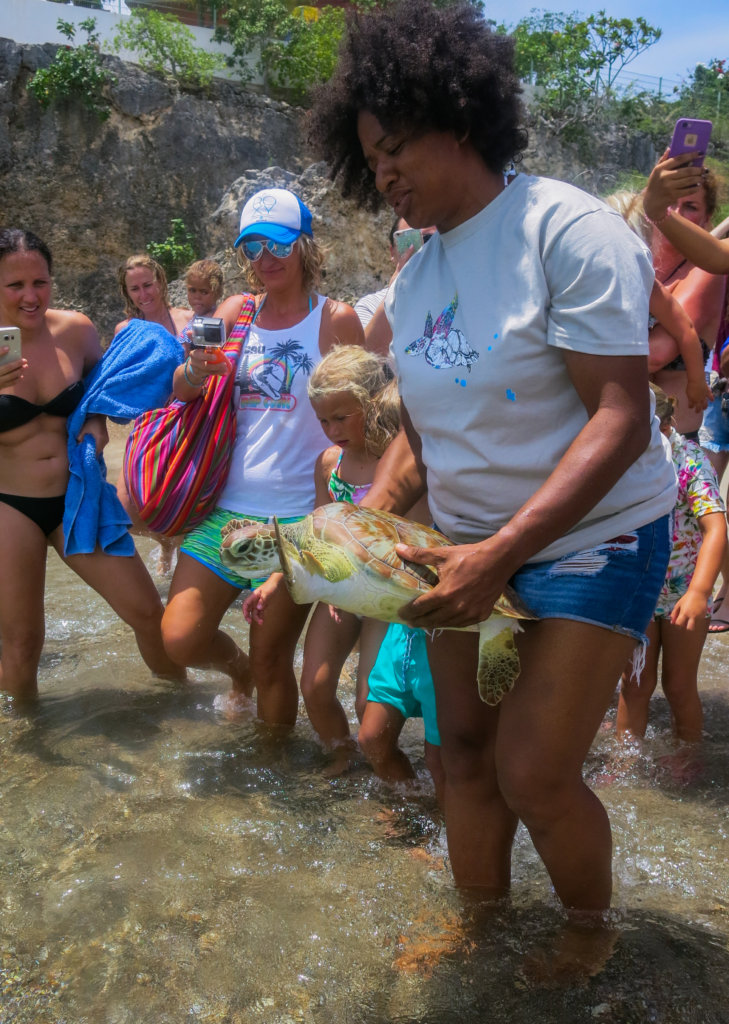 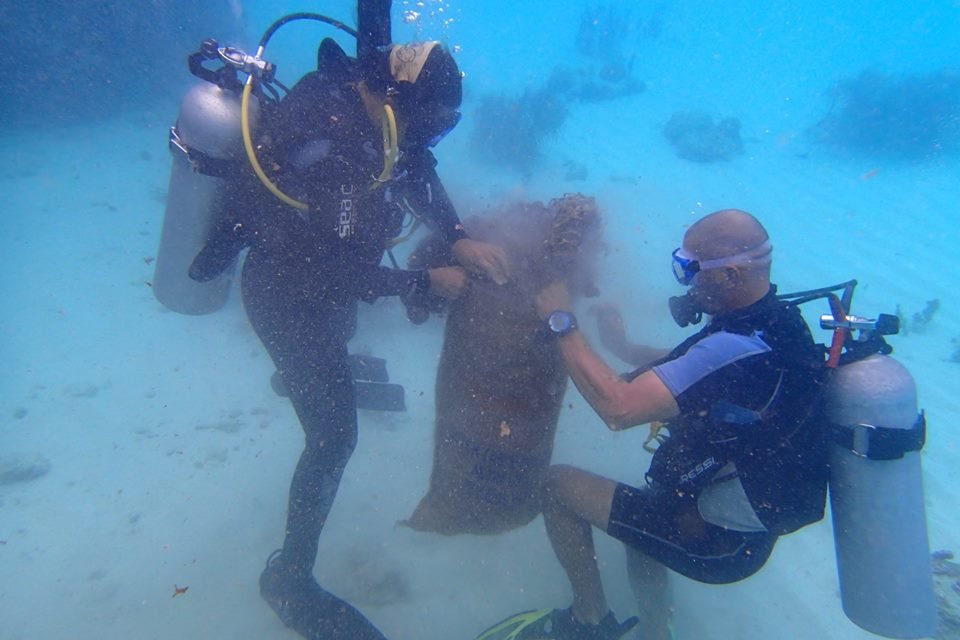 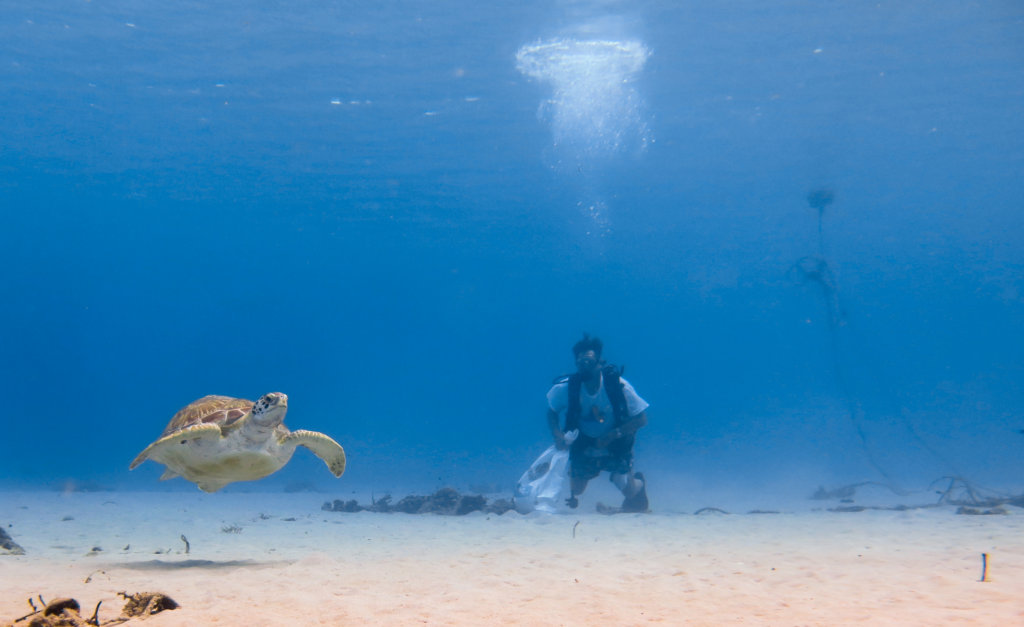 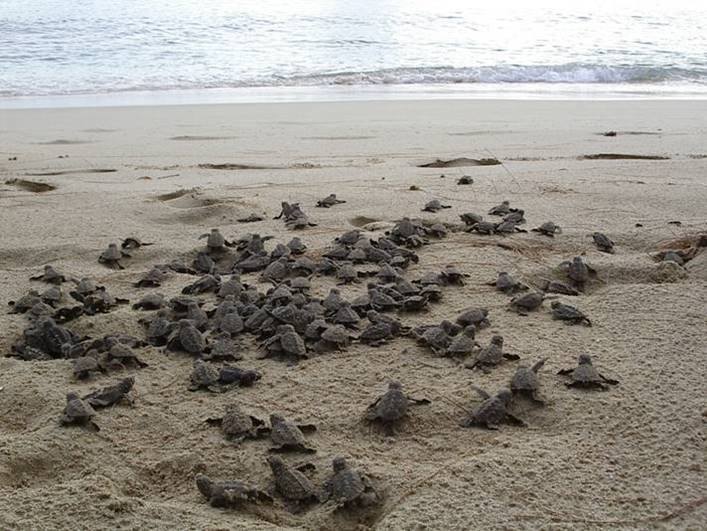 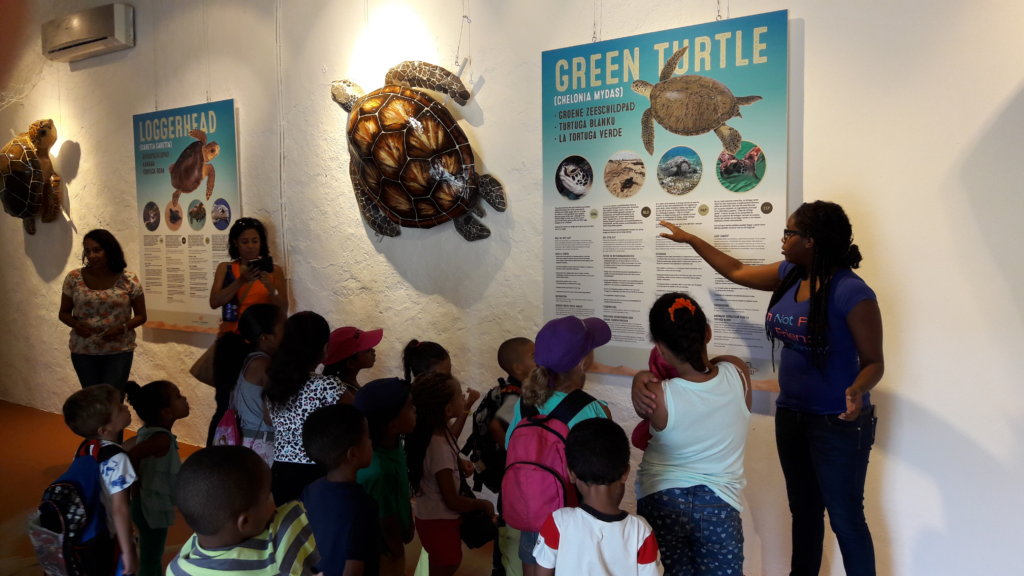 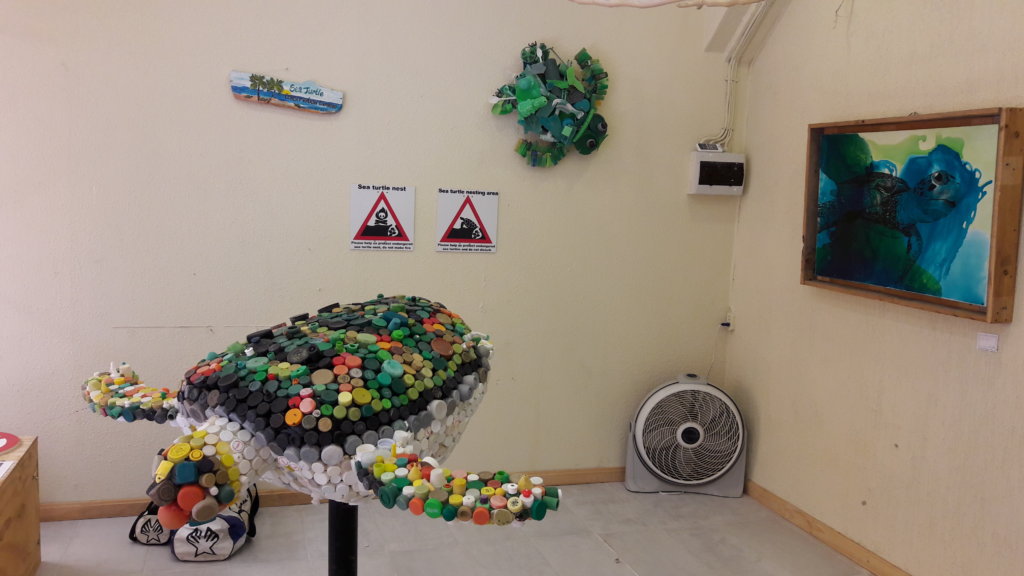 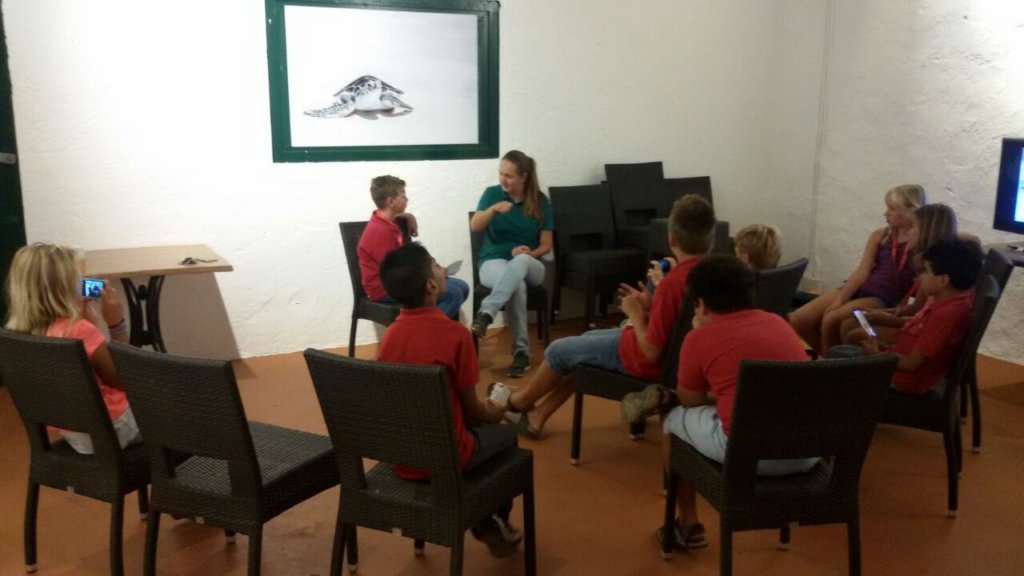 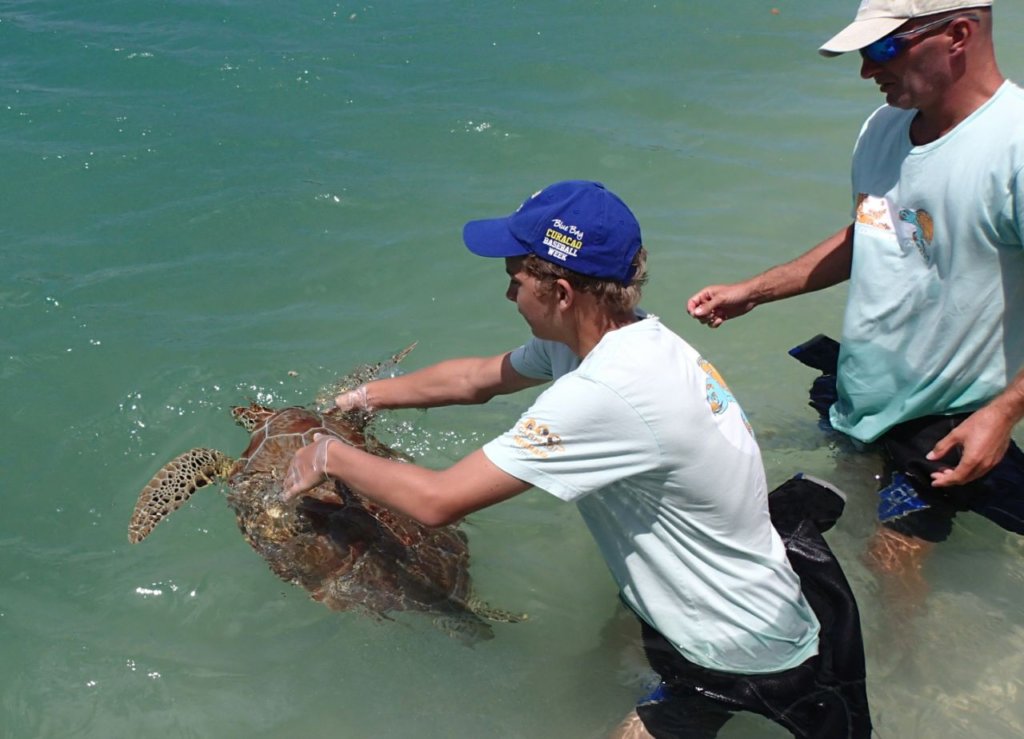 By Denise Vijver - Board Member 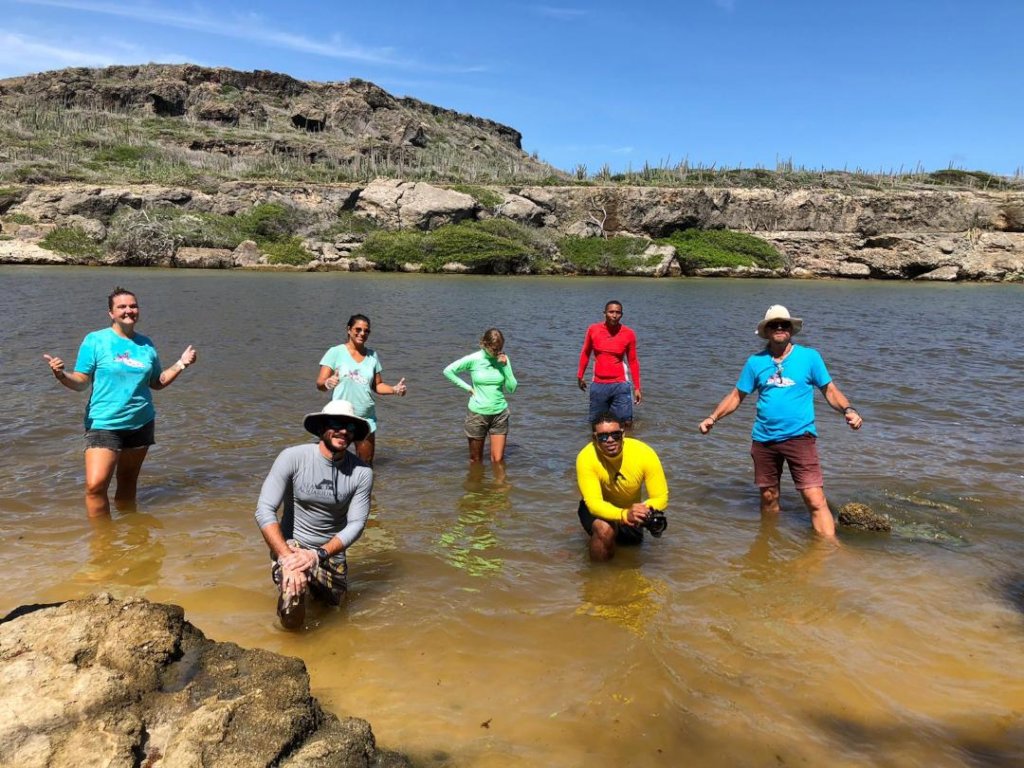 Sea Turtle Conservation Curaçao (STCC), together with employees of the Seaquarium, brought 3 sea turtles back to sea on Saturday morning, 7 November. The turtles were the last 3 to recover at Curaçao Sea Aquarium after liberation from sargassum seaweed.

In the period from March to June, Curaçao had to deal with a large influx of sargassum. The North side in particular was hit hard. Sargassum is a brown algae that forms floating seaweed mats. In the open ocean, these floating mats act as hatcheries for various animals, including sea turtles. Sometimes a piece of the mat breaks off and then floats with the current towards the Caribbean. Here it ends on the coast of the islands. Once the sargassum hits the shore, it accumulates and then sinks and rot. During the decay process all oxygen is used up and hydrogen sulphide is formed, which can suffocate marine animals.

Several beaches on the north side are nesting or foraging areas for turtles. The accumulation of sargassum in these areas has had a negative impact on the turtle population, for example turtles became entangled in it, which can cause drowning, dehydration or suffocation. Sea Turtle Conservation Curaçao, a volunteer organization dedicated to the protection and conservation of sea turtles, has been able to rescue a number of turtles that became trapped in the Sargassum. The turtles were all seriously weakened and were admitted by the Curaçao Sea Aquarium after possible medical treatment. Here they could recover under professional care.

After months of rehabilitation, the sea turtles were declared healthy and returned to their native habitat. Under the watchful eye of the caretakers of the Curaçao Sea Aquarium, the animals were weighed and measured one last time and they went in a caravan of cars towards the North Coast.

Under public interest, employees of Curaçao Sea Aquarium volunteers from STCC released the three turtles into the sea. This brought an end to the aftercare that was needed after the sargassum rescues. 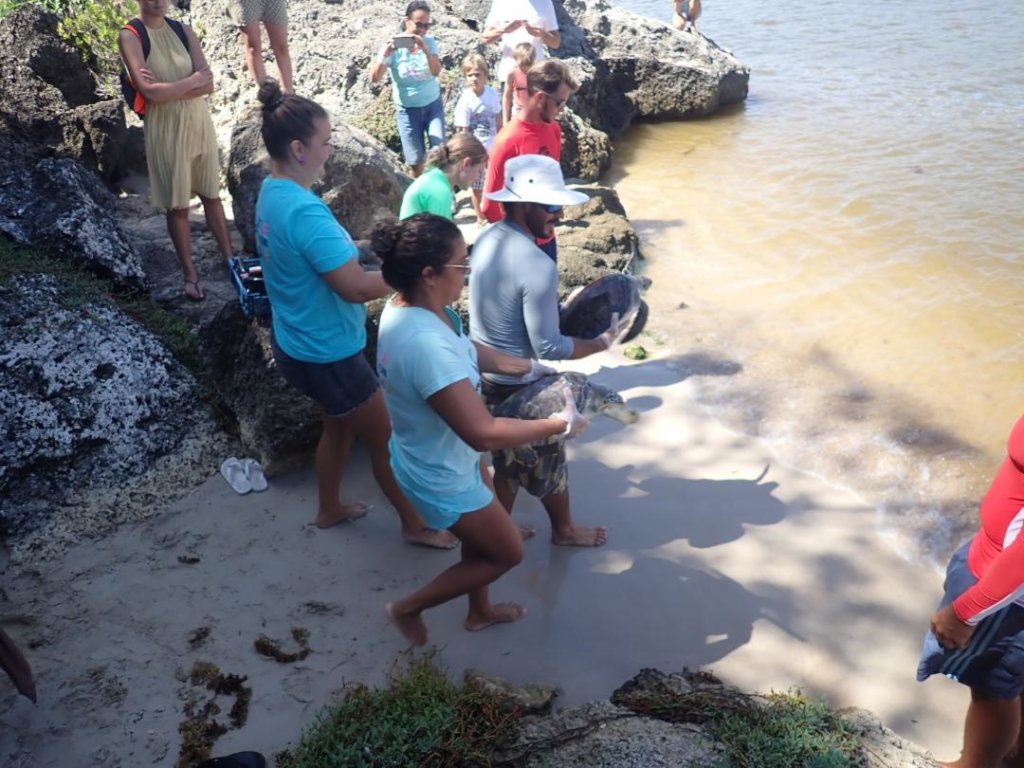 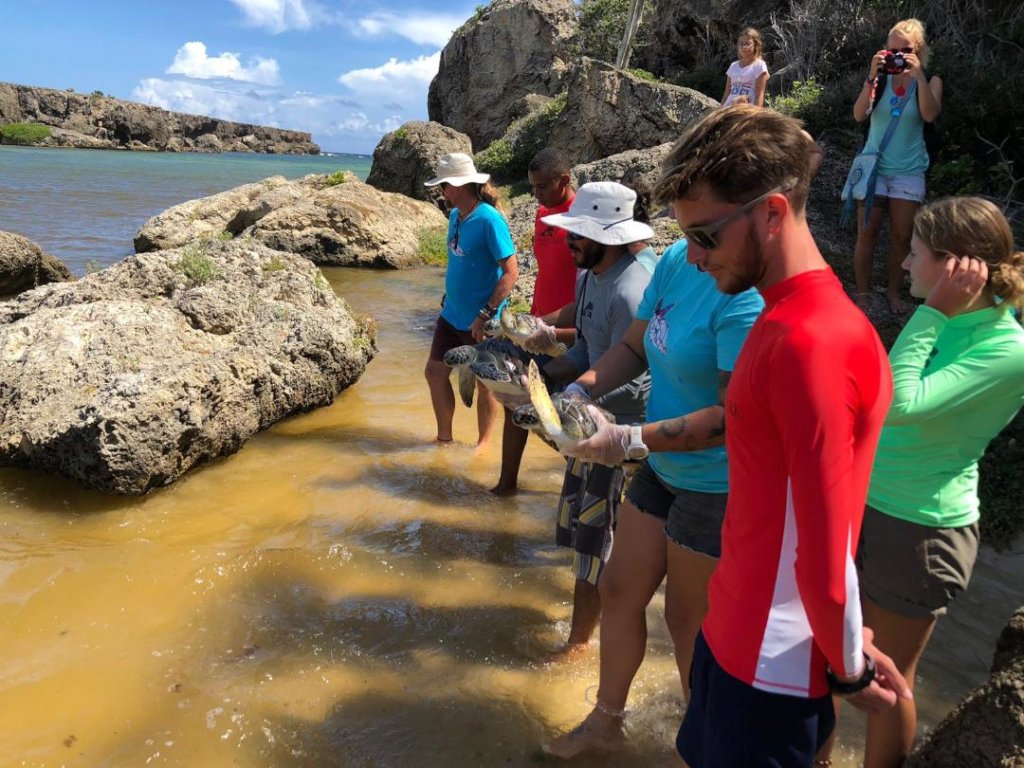 Project Leader:
Sabine Berendse
Willemstad, Curacao Curaçao
$24,599 raised of $75,000 goal
You last donated to this project on
489 donations
$50,401 to go
* Amounts in US Dollars
Donate Now
Donate once
Donate monthly
$10
USD
Will help to transport rescued turtles to the vet or the temporary santuary
›
$20
USD
Will cover an overnight stay of an injured turtle at the vet
›
$75
USD
will enable us to pay for laser treatmet, antibiotics and other essential medicine
›
$100
USD
Will enable us to organize a large beach clean up with 25+ participants
›
$150
USD
Will allow 2 weekly checks of a juvenile turtle for 3 months
›
$350
USD
will cover a tumor removal operation
›
$600
USD
Adopt A Nest: This will help around 100 baby turtles reach the sea
›
$750
USD
Will pay for tumour removal an rehabilitation
›

Donating through GlobalGiving is safe, secure, and easy with many payment options to choose from. View other ways to donate
Friends of Sea Turtle Conservation Curacao has earned this recognition on GlobalGiving:

GlobalGiving
Guarantee
Donate https://www.globalgiving.org/dy/cart/view/gg.html?cmd=addItem&projid=29101&rf=microdata&frequency=ONCE&amount=25
Please Note
WARNING: Javascript is currently disabled or is not available in your browser. GlobalGiving makes extensive use of Javascript and will not function properly with Javascript disabled. Please enable Javascript and refresh this page.