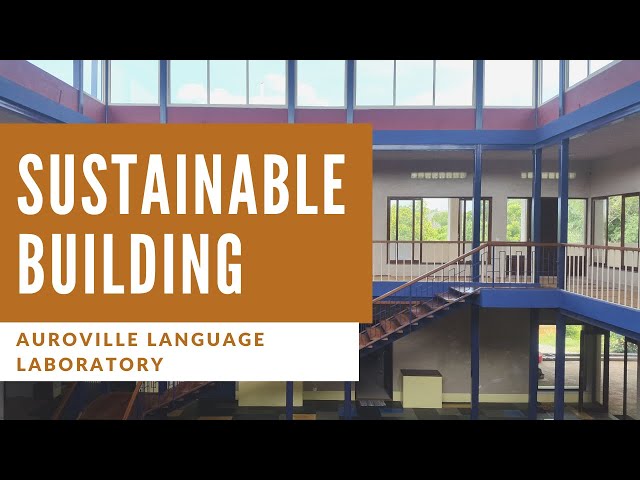 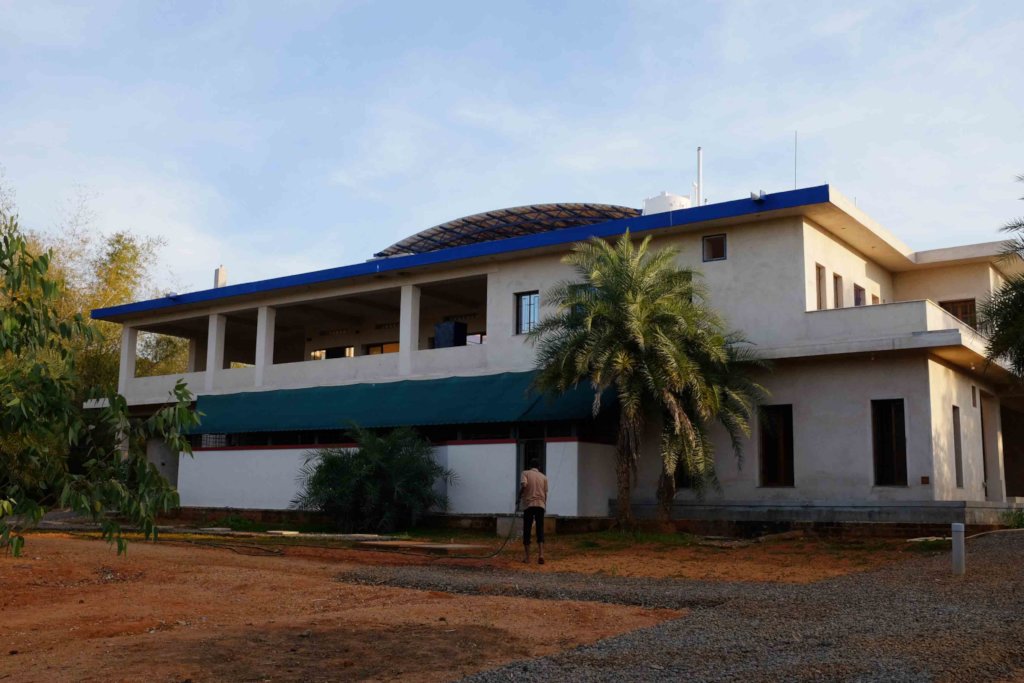 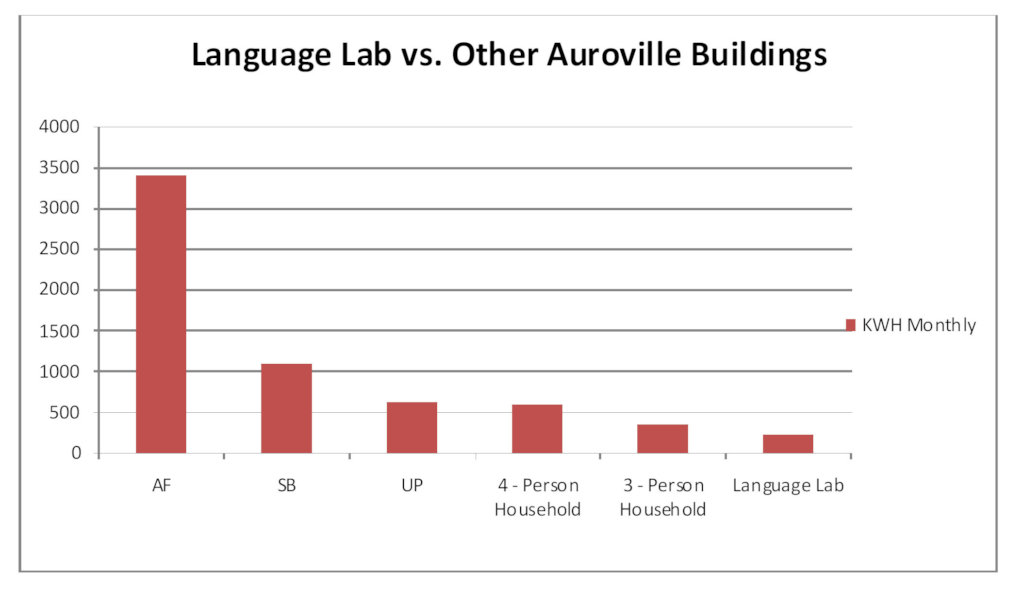 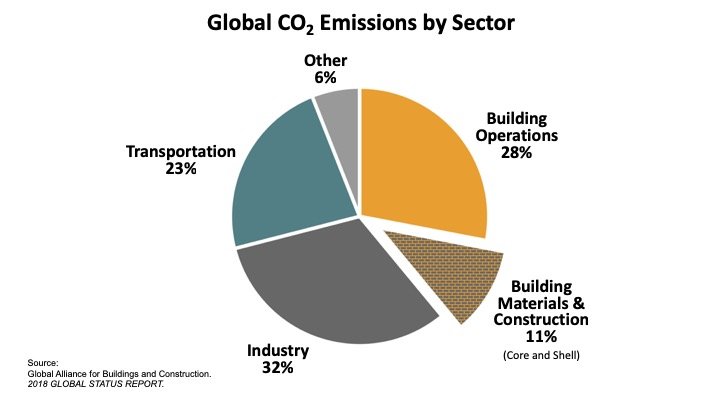 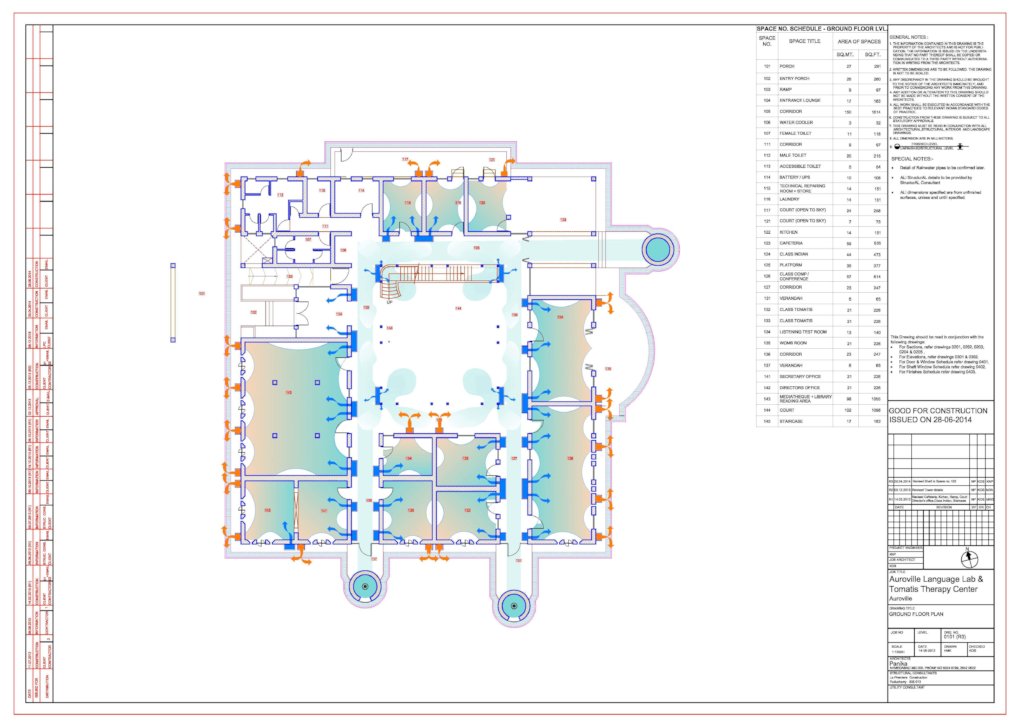 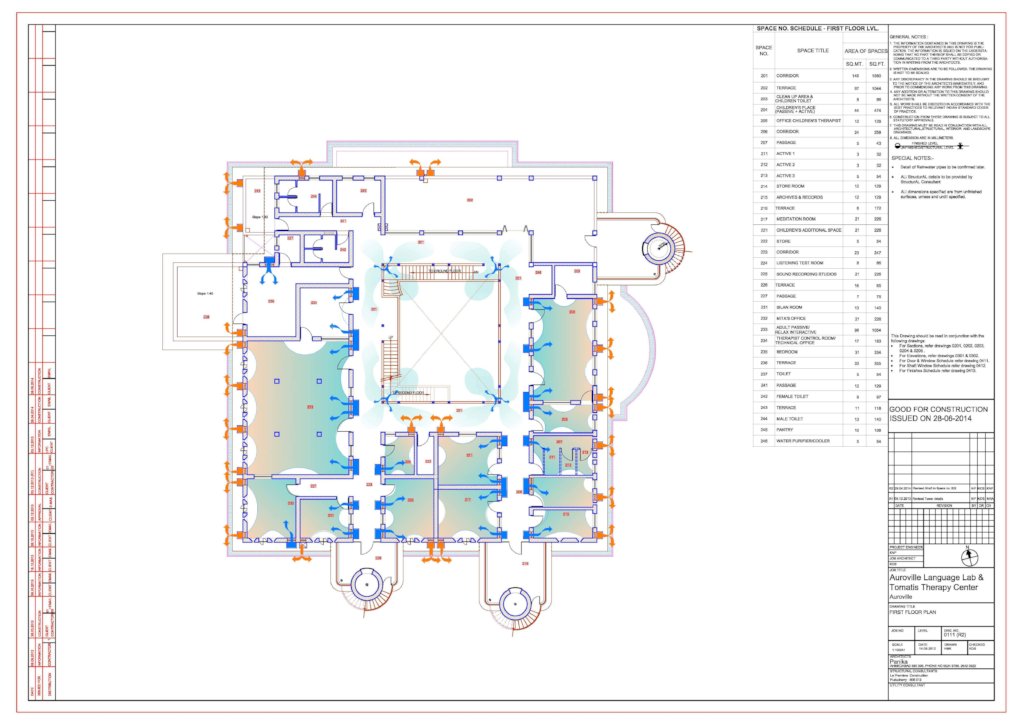 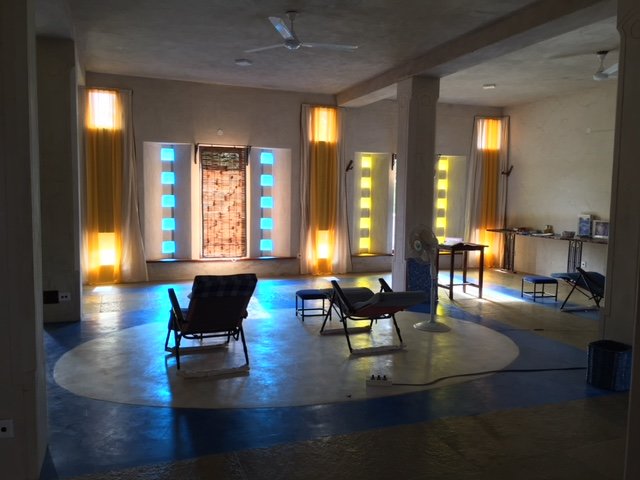 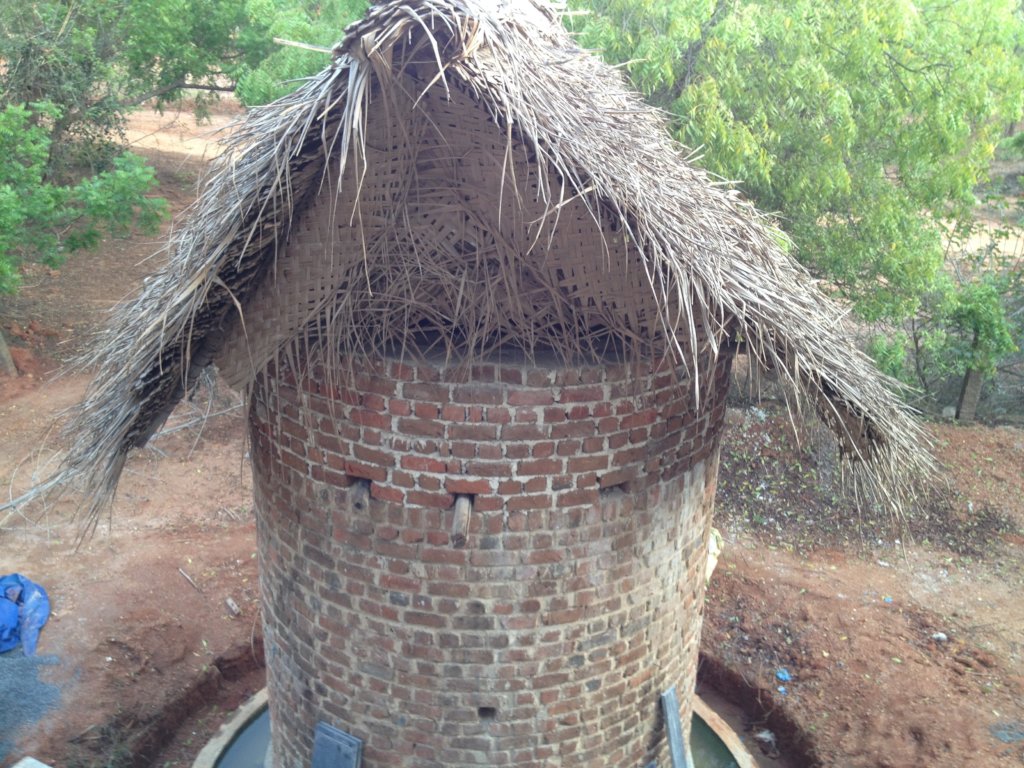 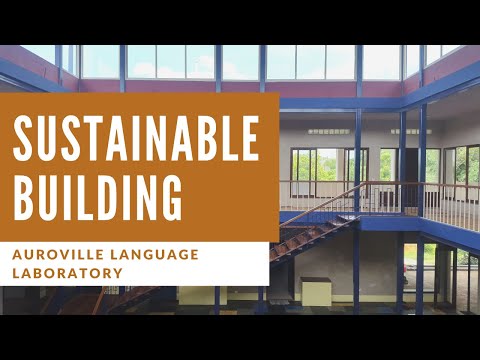 Down but not out!

Life has been crazy the last few months.  It was already crazy since June (when I had my hysterectomy and then had an inflammation that delayed recovery) and then August (when I had a scooter accident, which took forever to recover from - in fact I still haven't fully recovered).  But it got even crazier in November, and we are still reeling with the effects of that till today.

On 04th November 2020, Tapas had a brain hemorrhage due to a ruptured aneurysm. Except, we didn't know that. She was suffering the worst headache she had ever experienced, and we tried several things to ease the pain, none of which worked.  Finally, a doctor from Sante Clinic of Auroville came home, did a few tests, and diagnosed her with a "Sub-Arachnoid Hemorrhage" (https://www.nhs.uk/conditions/subarachnoid-haemorrhage/) and said she needed to be in the hospital.  She'd had this "brain bleed" for 5 days before we got to the hospital and started treatment.  We were in a government hospital in Pondicherry where they did a scan that revealed an aneurysm. They said it was very serious, that she could die at any moment, and that she'd have to be operated upon - but that the operation could be life-threatening or could leave her paralyzed on the left side of the body because the aneurysm was in a very delicate and hard to reach place.  They also said that all ICU rooms had been given for Covid, and for the same reason, they could not guarantee an operation date in the immediate future.  They also said that there was a much less risky but much more expensive treatment option available in Chennai.  So we ended up taking her there on Divali day, thanks to a friend of her daughter's who is a doctor.  There a repeat angiogram found a second aneurysm, and we managed to get a double endovascular procedure done the very next day. It was successful and her life was saved!  She spent a night in the Neuro ICU and then was brought to the room.

I must share something really incredible.  She was in deep sleep, and observing her, it was as though she was working to integrate these two new devices in her brain. Suddenly, she woke up, saying "Il faut faire le platforme!, Il faut faire le platforme!"  "We have to make the platform! We have to make the platform!" and went promptly back to sleep.  The "platform" is the one that is to connect the building to the south-west tower once we finish the towers!

In the middle of these life-threatening adventures, it was the building that was in her consciousness!!!

Once we got back home from Chennai, in her first walk, she walked to the building and spoke with the carpenter, about the work she was doing with him before all this happened - the cupboards in the special needs room.  She asked about the stools that had been ordered in end-October!

That she has recovered with all her senses, sense, memory, speech, etc intact, after 5 days of a hemorrhage and two devices installed in her brain, is nothing but miraculous.  That the first thing she thought about, and the first thing she did, was to go to the building, just goes to show how she is connected with that building's Soul!

Entering the building after this utterly intense experience, one felt a beautiful sense of calm and wide peace.  One could sense how special it is. How nurturing and life-giving.  And that possibly, her life was saved, to allow us to finish the building, to bring it to completion.....

Of course, her recovery is paramount.  She still has tremors in all four limbs, and her balance is somewhat affected, but she is such a champion, she is walking every single day, twice a day, for almost an hour at a time. We walk together.  Nausea possibly from the medicines has made it tough for her to eat, and we are trying to overcome that.  Nights aren't smooth and easy either.  I too am exhausted, and my entire body feels like one big ache.  However, I have started osteopathic treatment.  The osteopath told me my entire body is a mess, but she has started working on it already.

In spite of the lack of our presence, (though of course phone support from me for the Tomatis programs), work continued. Classes continued, people continued their Tomatis programs, work on the building continued thanks to Iyyanar, Selvam, Kathir and Selvi.  The team - Raj, Mano, Ranjini and Jayanthi -  held strong and up, and many people didn't even realise Tapas and I weren't there.  What can I say, our team members are rockstars!

Naturally, this medical crisis has caused a delay on several fronts, especially on the building documentation and knowledge-share project.  We had made great progress on that in October.  I hope to re-start work on that soon and will have news for you in March.

One good news is that our building is being considered for inclusion on the website of the Net Zero Energy Buildings initiative in India. https://nzeb.in/case-studies/

Other work on the building happened too :

- Lime and Kaddukai Nut paint for the external walls which had suffered some fungal growth in the rains.  Selvam and Kathir have become pros at this.  Absolutely no chemicals and no fevicol.  It looks fabulous.

- The parking and workshop roofs were finished to protect from the rain.

- New tables to re-arrange the Tomatis office and new cupboards.

Meanwhile, the place is humming with activity both in Tomatis and in the Lab, while following Covid guidelines.  Classes in English, Tamil, Hindi, French, Spanish, German, Japanese, Chinese and as of yesterday, Sanskrit.  Lots of wonderful progress for the Tomatis kids, and several adults as well.  We're getting more and more kids from around India, all through word of mouth. We also have a wonderful volunteer who is working on redoing our website, and new teachers in the team.

So, you see, we are down, but absolutely not out!

Donating through GlobalGiving is safe, secure, and easy with many payment options to choose from. View other ways to donate
Auroville Language Laboratory has earned this recognition on GlobalGiving:

GlobalGiving
Guarantee
Donate https://www.globalgiving.org/dy/cart/view/gg.html?cmd=addItem&projid=38519&rf=microdata&frequency=ONCE&amount=25
Please Note
WARNING: Javascript is currently disabled or is not available in your browser. GlobalGiving makes extensive use of Javascript and will not function properly with Javascript disabled. Please enable Javascript and refresh this page.