Ridgway's Hawk 2020 nesting season is coming to an end! 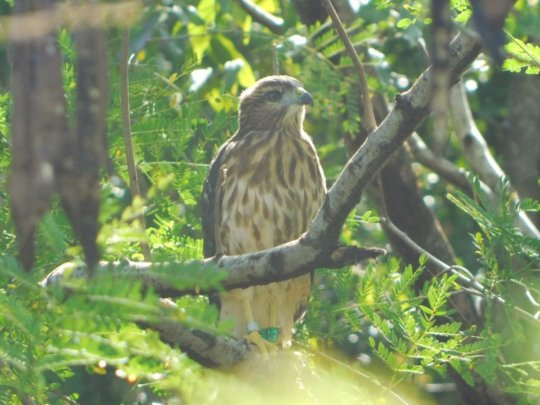 It’s June 22nd and the Ridgway’s Hawk season is coming to an end. After a great start to the season, Covid-19 entered our lives and we had to adapt our work to the new normal. We’re very happy to say that despite all the changes, we have been able to continue our work in Punta Cana without any major problems. In fact, this has turned out to be the best nesting season on record for wild Ridgway’s Hawks in Punta Cana.

The season started off with a bang! Most of the pairs of hawks began building their nests and copulating very early in the season and we were excited to be, once again, working with such an amazing species.

Despite the pandemic we have been monitoring 17 established pairs of hawks, as well as a few lone males, and some juveniles from the previous year. It’s always very pleasant to see these young birds doing well. So far, 17 young have fledged and two more nestlings will be banded soon. The hawks success this year makes us really happy and gives us great expectations for the future.

Another important part of the project is the Educational program, this part has definitely changed during the pandemic as we usually visit all the communities near Punta Cana. This year we have introduced new ways of reaching locals via Instagram live, zoom presentations and others platforms. It is our goal to reach and educate more locals each year and for them to learn about this endangered species so they can generate interest to preserve what's theirs.

Work in other project areas has continued this season as well, though we have had to limit some work in order to take precautions due to Covid-19. We have continued to monitor about 150 pairs of hawks in Los Haitises National Park. We asked our local team to work together, but maintain social distancing. About mid season, this meant that we stopped climbing into nests to treat nestlings for nest flies. We did continue all of our monitoring of these nests and it appears that without nest treatment nest success will be lower this season. Fortunately we were able to treat many nests prior to the pandemic causing us to alter our work plan.

In Aniana Vargas National Park, where we released 25 young Ridgway’s Hawks in 2019, we have continued to monitor as well. Early in the season we observed some nesting behavior from a pair of hawks there, but after the nest they were building fell, they seemed to lose interest. This is actually normal behavior for younger birds. Often they will begin showing some interest in nesting during their first year, but they don’t normally have nesting success. Their chances of success in nesting during their first year increase if they have a nest mate that is older, but since all of the hawks in this area were just released in 2019, that was not the case. We continue to get reports from our local crew in this area and they are seeing hawks on a daily basis. Hopefully we will see some successful nesting in Aniana Vargas National Park during the 2021 season. 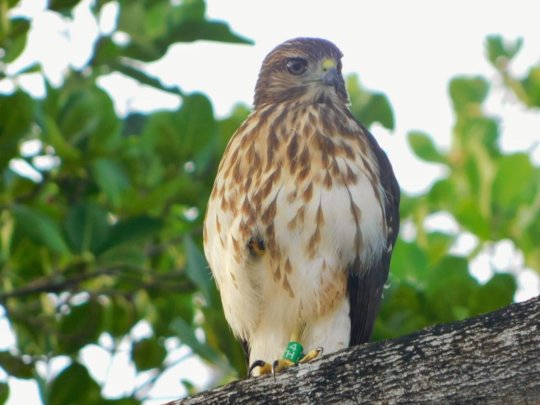 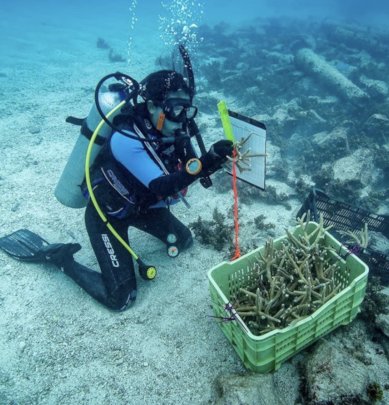 The Dominican Republic has put in place a number of measures to slow the spread of COVID-19 including a national curfew that prohibits all traffic and movement of people. This situation has affected our Coral Restoration program collaborators, limiting their activities and working hours.

We do have some great news for corals! We're very happy to announce our new Eba project: CoralRestore DR!

The goal of CoralRestore DR is to reduce climate risks and build climate resilience of the Punta Cana community and ultimately other communities across the DR and the Caribbean region.

The ecosystem-based adaptation (EbA) approach taken by the CoralRestore DR project involves protection, direct restoration, and rehabilitation of coral reef ecosystems; reductions in fishing and reef pressure by enforcing conservation regulations and involving fishermen in employment opportunities outside of current fishing activities; and scaling of the intervention model supported by this project. Under this general approach, four types of interventions will be carried out: (i) coral nurseries and outplantings; (ii) local community engagement; (iii) development of ecosystem goods and services; and (iv) replication and scaling of the coral restoration model.

All interventions will be carried out in the EZ-SMS, located in the PC region, in the municipality of Higuey, in La Altagracia Province along the eastern coast of the DR. The near-shore environment along the PC coast includes extensive coral reef ecosystems providing ecosystem services. These reef ecosystems are linked to a wide range of important economic activities benefiting local communities, such as tourism and fishing.

The criteria used to select the specific project site are based on vulnerability assessments of the EZ-SMS a protected area declared in 2009, composed of 800,000 ha and covering about 120 km of coastline. Fundación Grupo Puntacana is a member of the co-management team for the entire Sanctuary, focusing on the Eastern Zone (about 140,000 ha, covering 20 km of coast). This co-management arrangement is contained in a 25-year agreement with the Ministry of Environment and Natural Resources and is a unique public-private collaboration in the Caribbean. It is based on a joint management plan of the Sanctuary divided into three zones: South, Center, and East. This marine co-management agreement is the first of its kind in the DR and creates incentives for private sector investment and involvement in management of coastal resources.

The full achievement of ecological and social resilience through this type of comprehensive project approach is predicted to take a minimum of 5-8 years. This three-year project aims to achieve important preliminary outcomes and lay the foundation for even more significant outcomes in the follow-on years. Therefore, it is important to describe in the Theory of Change (ToC) the short-medium-long term plan, and at the same time create a viable platform for increased private sector involvement and investment in protection of coastal ecosystems by demonstrating the value of these ecosystems to hotels and the tourism economy.

We're looking forward to having our Coral Restoration program running at full capacity in a couple of weeks. Will keep you posted! 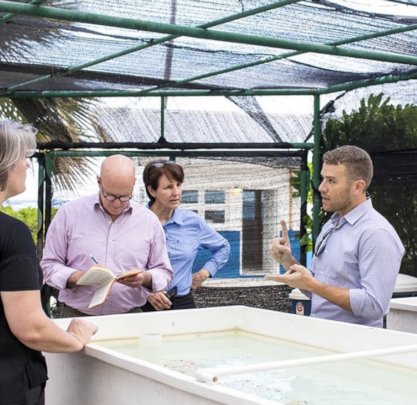 Greetings Dear Donor. we at the Fundacion Grupo Puntacana can’t tell you how much we appreciate your support. Your donation means the world to us !

Your contribution will make a real difference in the lives of the underserved people  who could be at risk of blindness due to lack of timely ophthalmological care, specially those living at the eastern region of the Dominican Republic

We continue intensifying the fundraising aiming to finish the equipping of the clinic areas and the staffing on the second half of 2020, in order to start offering the outpatient consultations services in the first stage of the project.

We hope to offer surgical services in the second stage of the project, the surgical  equipment needs to be placed anyway even if only the clinical area is finished.

Parallel to these actions, we are making efforts to reach a collaboration agreement with the Dominican government to put the center into operation with local human resources, of which some would be provided by the government.

Likewise, we are making the customs arrangements to get the taxes exemption  on the importation of the equipment.

We hope to open the center at the end of the year, as soon as it has the equipment, furniture, medical materials and staffing needed to ensure high quality ophthalmological services.

We are together in this and we hope that it will remain so , your support  help make our project possible

We will keep you informed about the progress of the project. If you have any comment, advice or question, please feel free to direct them to us and we will answer as best we can.

Again, thank you very much !

‹ 1 ... 6 7 8 9 10 11 12 13 ... 47 ›
WARNING: Javascript is currently disabled or is not available in your browser. GlobalGiving makes extensive use of Javascript and will not function properly with Javascript disabled. Please enable Javascript and refresh this page.