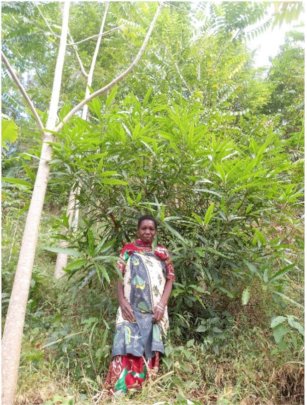 Bi on her tree farm in Ruvuma

APOPO is delighted to be updating you not just regarding the last quarter, but also regarding our success during the GlobalGiving Climate Action campaign, which ran just after the last update went out. With your incredible support, our HeroTREEs project came in at number seven in the leaderboard and raised just over $5,000! Thank you.In terms of action, APOPO's HeroTREEs project has enabled the training of the following farmers by village (a total of 92 farmers received training!):

Training farmers is a key aspect of our HeroTREEs mission, as without adequate monitoring and maintenance of planted trees, nursery management or seedling transplantation, the trees planted cannot thrive.   In terms of the trees planted in the last quarter, at least five species of trees were planted, with over 1,000 trees successfully going into the ground and now thriving!Our plan for the next three months is to:

Your support means more than planting trees and protecting the planet (which is pretty important we know!), your support also means that farmers learn how to better manage the land leading to sustainable change. Your support helps improve water quality for neighbouring villages and cities in Tanzania and indeed, your support protects the endemic species living in this ecologically important part of the world by protecting the habitats in which they thrive.Thank you.With best wishes,Emma 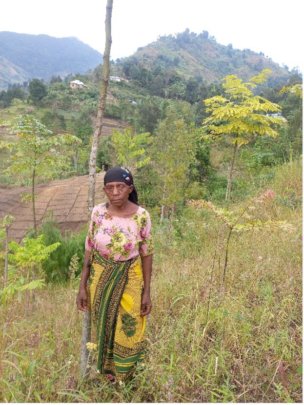 Dorice on her tree farm 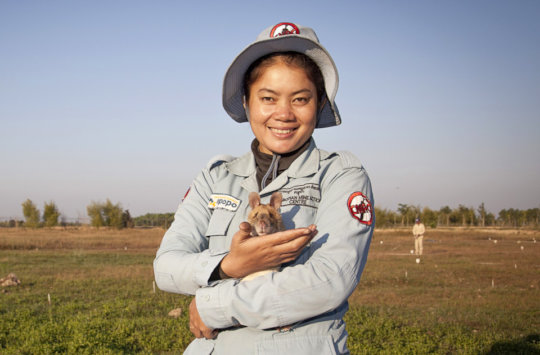 As you may remember, veteran Magawa was formally presented a PDSA Gold Medal – the animal equivalent of the George Cross - being the first rat in the charity’s 77-year history of honouring animals to receive a PDSA Medal! See images for Magawa with his suitably rat sized medal.

During his illustrious five-year career, HeroRAT, Magawa’s work has directly saved the lives of men, women and children who were impacted by hidden landmines and other deadly remnants of war. Every discovery he made reduced the risk of injury or death for the people of Cambodia.

Magawa found an amazing 71 landmines and 38 items of unexploded ordnance, making him APOPO’s most successful HeroRAT and he helped clear over 225,000 square metres of land, allowing communities to live, work and be educated; without fear of losing life or limb.

Our New Squad of HeroRATs in Cambodia

So, our new squad of 20 HeroRATs in Cambodia arrive at an opportune time, following the expansion of the APOPO Cambodia landmine clearance program, and as veterans like Magawa reach retirement. All the new recruits have now gone through a period of acclimatization and retraining with their new Cambodian handlers and now that they have received their external accreditation, they are clear to join team Magawa on the minefields!

The additional HeroRATs will help boost the daily square meter coverage and clearance, so local communities can get back on their land as quickly as possible.

Your continued support helps this new generation of HeroRATs in Cambodia and other HeroRAT teams around the world, continue their work.

Thank you so much for supporting APOPO and our amazing HeroRATs, we couldn’t do what we do without you! 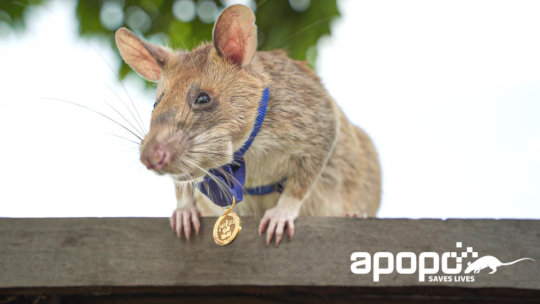 Magawa with his PDSA medal 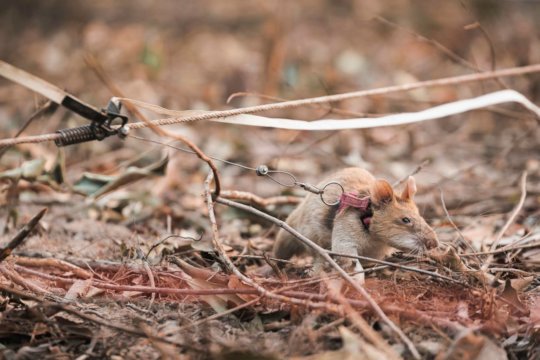 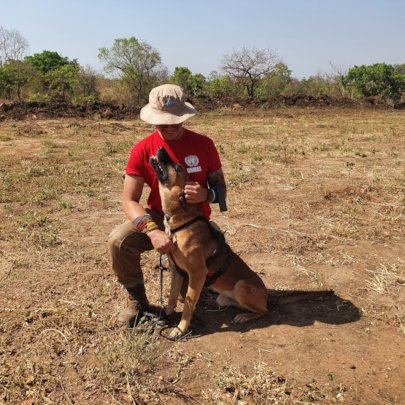 Our HeroDOGs’ work has continued despite the pandemic, as lives literally depend on our demining activities. The APOPO team use our HeroDOGs as technical survey dogs (TSDs), which means that they can quickly cover terrain without the need for brush removal to detect explosives.

At the end of last year, APOPO tested the HeroDOGs' ability to detect cluster munitions in East Cambodia. These explosive remnants of the Vietnam War continue to kill and maim members of rural communities living in the country, and importantly our HeroDOGs are proving excellent at detecting these items. In total this year alone, our HeroDOGs have found and helped remove 183 cluster munitions!

Cluster munitions are different from landmines, but no less deadly. The weapon is made up of a container that opens and spreads explosive submunitions and shrapnel, causing harm across a wide area. Such weapons buried in the ground deter land development and make farming extremely dangerous, even decades after the device was planted and the conflict ended.

Your support has made it possible for APOPO’s HeroDOGs to survey over 2,582,734 m2 of contaminated area, find 74 anti-personnel mines, 68 Unexploded Ordnance (UXO) and of course, 183 cluster munitions since the beginning of just this year!

Your support really does make a difference and with our HeroDOGs being so efficient, it looks likely that our goal of surveying 4,000,000 m2   of land by July 2021 will be achieved!

This honestly would not be possible without your support – thank you. 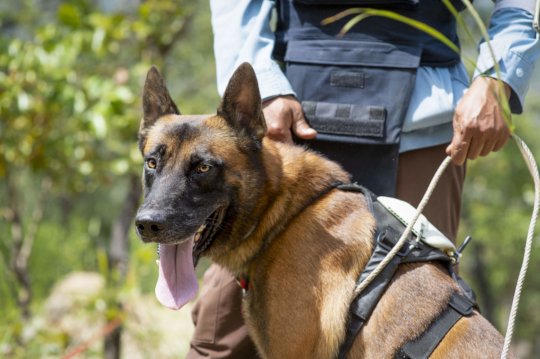 1 2 3 4 5 6 7 8 9 ... 42 ›
WARNING: Javascript is currently disabled or is not available in your browser. GlobalGiving makes extensive use of Javascript and will not function properly with Javascript disabled. Please enable Javascript and refresh this page.