THANK YOU FOR HELPING US HELP 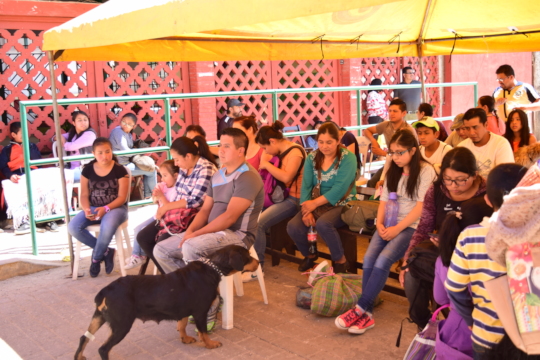 In our second report we are very happy, thanks to your generous donation we were able to carry out a free spay and neuter campaign for dogs and cats on March 9 and 10. In total there were 400 little brothers of four legs operated, and so we avoided that in the next year were born approximately 20 thousand animals, of which a great majority would die in its first months of life, others would be condemned to suffer in the streets and only a small amount would have had love, home and food.

It would be unfair if we did not mention the solidarity work of organizations and people to carry out the campaign, in particular the Calle Cero Foundation in Guadalajara, Jalisco, which supports us with veterinarians, medicines and support personnel; as well as the CECAM, Dame Pata Foundation, Tz'ite, Esteriliza San Cristóbal and more than 40 volunteers, who during the two days, tirelessly gave their time and love for the well-being of our four-legged brothers. They receive them and give them safety before, during and after their surgery. Thanks to their donations, for the first time we were able to offer them to eat and drink in 8 working hours a day. Animalix AC would not be able to be and do without this invaluable help from our friends.

We also conducted another spay and neuter campaign on May 18, 42 dogs and cats were operated, including Chess, recently adopted, and Pig Pen, ready to go with a family. Both months ago we rescued them from abuse on the street and in their homes. They have regained their confidence in themselves and in the human being. Pulga, the last one rescued, still recovers with us, at only two months old she was in the street, alone in the rain. On the other hand, Bean already has a family after a year of looking for it and is happy running in the mountains. Churro was also happily adopted.

In the month of April, we began working with the Veterinarian Hugo Zepeda, who provides medical care at low cost to dogs and cats that report to us. It was the case of Tigre, with a broken leg; Pancho with skin problems and starvation. Blanquita sadly had to euthanize her so that she could rest from her physical and soul wounds. Among other less serious cases.

Endless thank you donor friends. Before you, we made many efforts to feed and care for the dogs under our shelter, today we have your croquettes and medicines secured.

We greet you with a lot of affection and gratitude. 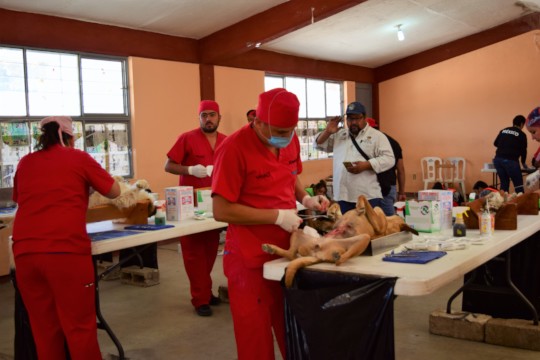 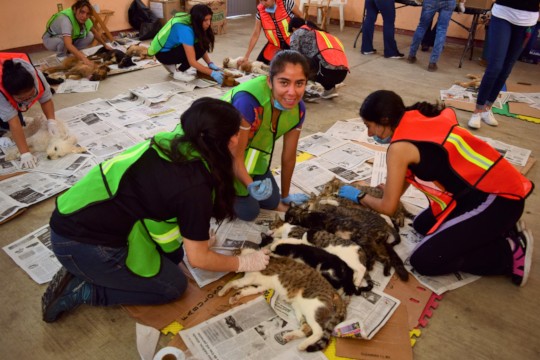 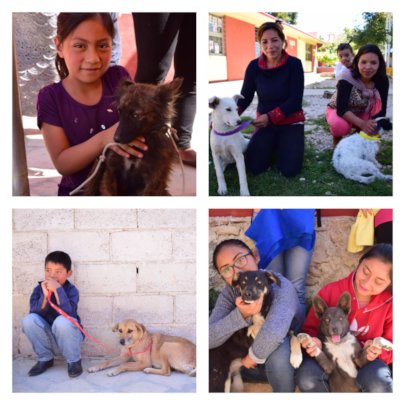 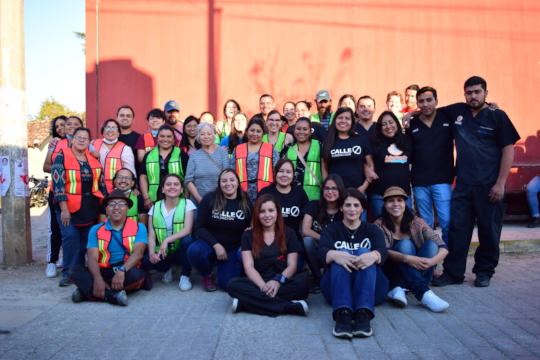 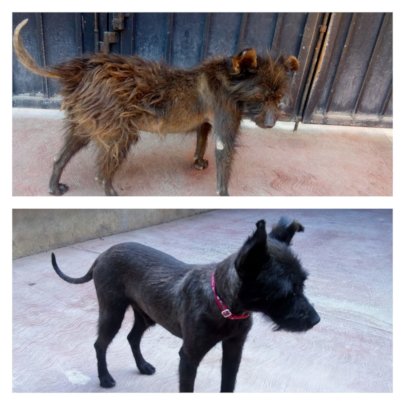 Pigpen: before and after 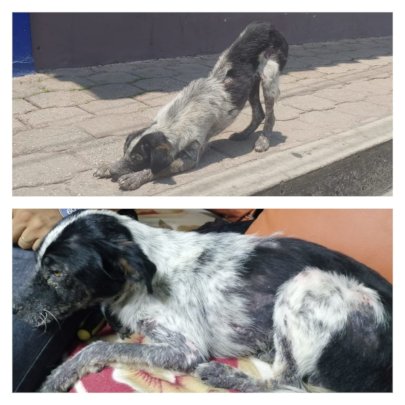 Pancho: on the street and at the vet 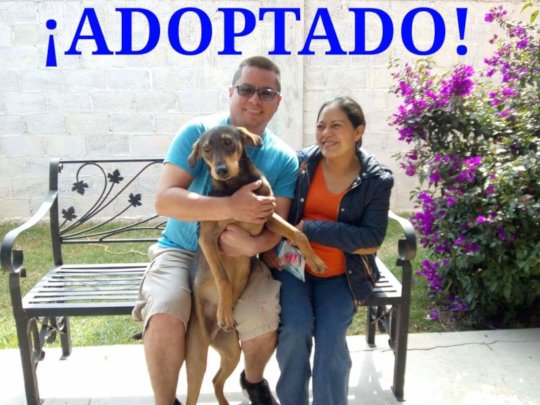 Churro with his new family 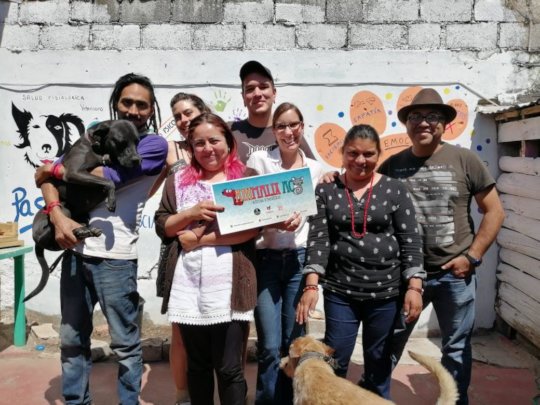 THANKS FOR TRUSTING US 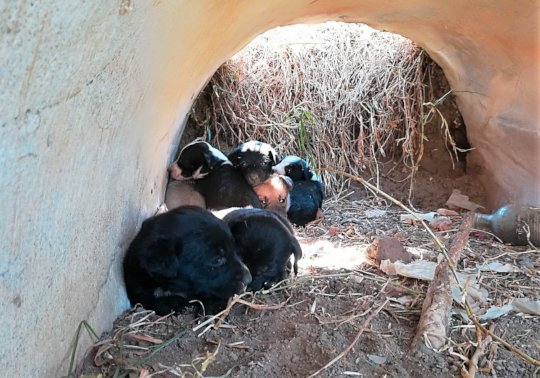 It is a good occasion to thank your generous support to Animalix AC in the December 2018 Accelerator, it was the first time we participated, therefore, this is the first time that we have shared with you, our Animalix family, what we have been doing with your Valuable help. For us, having economic funds is very important, given that in our city San Cristóbal de Las Casas, really the animals in street situation need our help. Day by day we witness the abuse in their physical and emotional integrity; the abandonment and the indifference that they suffer.

For example Winter, he was rescued on December 21, 2018 and today he continues to fight to recover from all the ills that afflict him: he is albino, he has scabies, he is sick with the liver. The doctors comment that he has a remedy, for that reason, we will continue to help him while he continues to fight for his life. Thanks to Isabel for taking care of Winter.

Chess is another case, our colleague Ericka rescued him on February 17, this is his brief story: "Today I saw a boy of only 8 years old go down to a hollow with a puppy, for instants after running away at full speed. I approached with curiosity and there I was tied to a fence. I did not have the heart to leave him to his fate, even though at home I have 4 hairy ones waiting for adoption and 6 of my own. We already dewormed it, vaccinated it and soon we will sterilize it. He is approximately 4 months old, he is male, he is docile, calm and friendly ".

Thanks to your support, today we have a little more resources to help many animals: food, cure their wounds, buy medicines, deworm them, sterilize them and balance their behavior before they are adopted. Currently we have 15 dogs waiting to be adopted, 13 are in good physical and emotional health.

Finally, we want to share that on March 9 and 10, we will perform 400 free sterilization surgeries, at the time we will inform you how it went.

Thank you for trusting us, thank you for your support. We are convinced that with the mutual effort between you and us we make this world a better place and more people will be motivated by our example.

We greet you with a lot of affection and gratitude 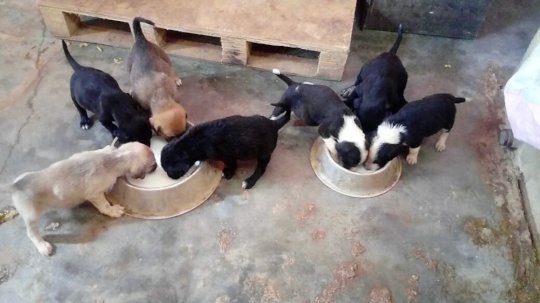 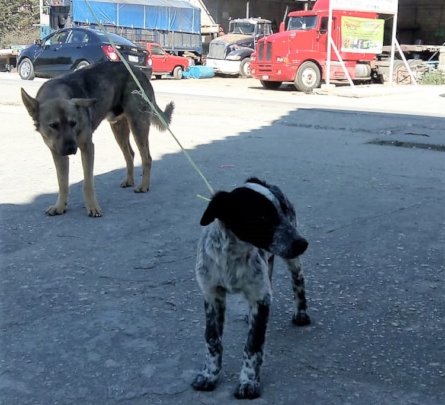 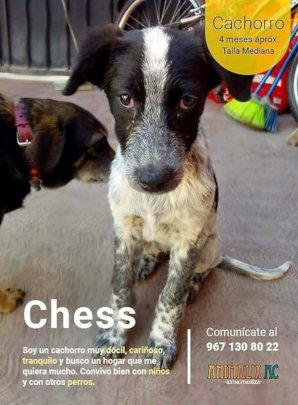 Chees ready to be adopted 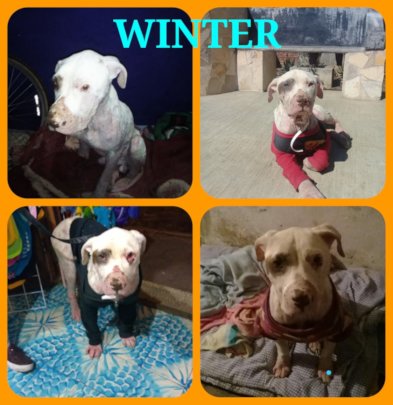 Winter recovering from his wounds 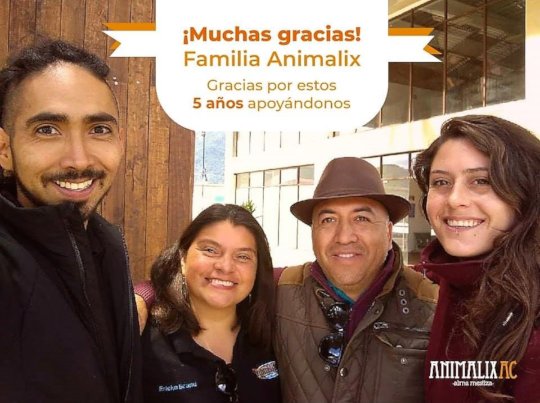 ‹ 1 2 3
WARNING: Javascript is currently disabled or is not available in your browser. GlobalGiving makes extensive use of Javascript and will not function properly with Javascript disabled. Please enable Javascript and refresh this page.