Thank you for your support in 2019 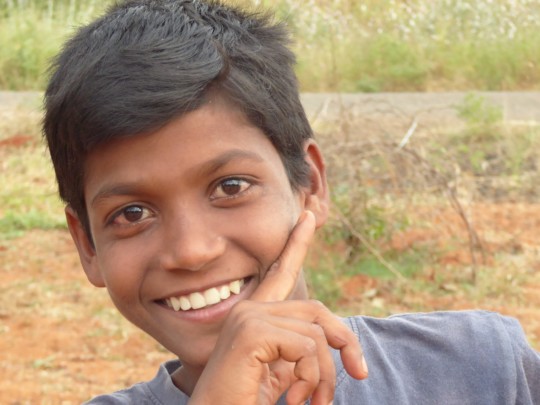 Vignesh is now the picture of health

Vignesh’s mother was taking medicines for HIV without telling anyone, when he became ill she secretly brought him to the clinic and he tested positive for HIV. His mother was scared of Vignesh’s father who could get violent when drunk so she never mentioned anything about HIV. Even though Vignesh was often ill she was scared to take him for treatment, what if someone found out? Strangely it was Muthusamy, her husband who saved the day. He tested HIV positive during eye surgery and was counselled by one of our volunteers who knew Vignesh. Now all are on treatment and Muthusamu drinks less and now Vignesh is the picture of health.

Thank you all for your amazing donations in 2019. They have all contributed to our adolescent and young adult’s HIV programmes.

Recently we have counselled adolescents and young adults with HIV (300 men and boys, 266 women and girls) on the importance of treatment and status disclosure before marriage. Many young people living with HIV felt unsure about their options when it came to marriage. After our counselling most agreed that it would be best for them to disclose their HIV status to their partner before marriage and many thought it safest to marry a partner with HIV.

We have counselled over 200 parents and guardians on the importance of discussing their ward’s HIV status. 130 have already done this and none of the children reacted very badly although some complained of not being told earlier.

Our volunteers followed up 961 children and adolescents and 929 are taking treatment. Of these, 107 have newly started, restarted or increased regular treatment. We are still trying to convince 42 adolescents or guardians. Previously many children with HIV died, this year is the lowest ever, it is sad but only six children have died. This would have been many more without our intervention and your help.

Thanks again for your support, and a special thanks to our monthly donors.

How you are helping Yeswanth to attain fame and glory! 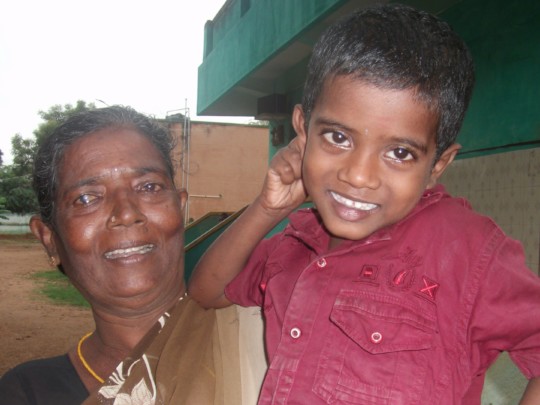 Thanks for your support. Perhaps someone you know can help us with our year end target at goto.gg/34683. Anyhow please read Yeswanth’s story.

Yeswanth slipped through the net. His father had run off and his mum was so scared of the ‘Aids’ label that she took him to live with his granny in another District. We don’t see many four year olds with HIV these days so our volunteers took extra effort and phoned their counterparts in Sivaganga District who eventually tracked them down. Now they are both on treatment. His granny is sure that Yeswanth can now live up to his name which means ‘one who attains fame and glory’!

With your help we have reached $8000 of our 'giving season'  target of $10000. There were 60 donations on Global Giving's 'Giving Tuesday' on December 3rd and our share of the bonus was $1727. Not only that, we have 15 new donors and two more have signed up for a monthly donation, Global Giving matches the 4th month's donation 100%.

Through your generous donations we have enrolled 951 children with HIV in the six districts in South India where we work. We make sure they take their treatment, help them to stay at school, sort out problems with neighbours and help them to get government benefits. There are still some like Yeswanth who we can’t find or are refusing treatment, but we are not giving up on them!

We have counselled over 200 parents and guardians on the need to discuss HIV with their younger wards, this is important because all the research suggests that full disclosure by age 13 is best and helps to stop children from going into denial and rebelling against treatment when they get older.
We have discussed marriage with adolescents and young people with HIV on the pros and cons of marrying another HIV positive person and the need to disclose their status and how. We dialogue with government counsellors on the need to take up work with adolescents.

Thanks to all of you, and to those who have helped in December, remember there are still some days to go for us to reach the target. Please spread the word!

With very best wishes for Christmas and the new year,

Latest - How you are supporting children with HIV 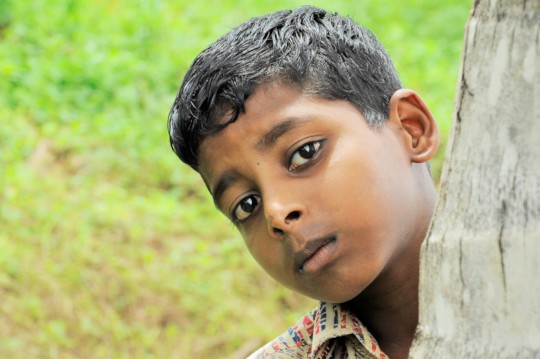 Photos in reports do not necessarily mean the children have HIV

Treatment for HIV positive children is getting better all the time and it is free. But some guardians only know half the story. Alagar, aged 11, is now taking treatment, but only after an 18 month struggle. He lives with his granny and uncle’s family and he never knew his father. They all saw his mum die of HIV. “Those drugs made her worse not better” his granny grumbles. “Look at Alagar, he is fine and active and doing well at school – why should I risk making him take those strong drugs? She knows a little about the 6 monthly blood monitoring test. “His CD4 is over 800, what’s wrong with that?” she asks our volunteers proudly.

It is true that medication used to be started when the CD4 (immunity measuring blood cell) dropped to around 300 but we now know that the treatment works best when started early. Our volunteers tried and tried to convince her, sometimes Alagar would get fed up and hide behind a tree! One day his uncle was listening in and commented “When we feel really sick we do what the doctors say quick enough, we know Alagar is really sick inside, perhaps these people know what they are talking about”. Uncles are sometimes accused of being indifferent – but this time it was uncle who tipped the balance!

Through your generous donations we have enrolled 951 children with HIV in the six districts in South India where we work. We couldn’t find 138 because of incomplete or false address, or because they have moved away or died. We have persuaded 63 children who we knew were not taking medication to start or to re-start. These need close follow-up and encouragement, the guardians need to be convinced that very regular tablet taking is vital. Even now, there are 41 not on treatment and we hope we can convince them before it is too late.

We have counselled over 200 parents and guardians on the need to discuss HIV with their younger wards. We think that 127 have now done so but there may be around 167 who are still reluctant. Some are embarrassed - they may feel guilt or shame - some think the children are too young and are afraid about how they might react. All the research suggests that full disclosure by age 13 is best. Many of these children know they have HIV and are confused because it is not talked about. It is also known that good discussion helps to stop children from going into denial and rebelling against treatment when they get a bit older.

We have discussed marriage with 146 adolescent girls who were born HIV positive. We know that 13 of them are already in love with HIV negative boys. We discuss the advantages and disadvantages but always encourage and advise early disclosure. More recently we have been talking with 183 HIV positive boys and young men, over half were infected through unsafe sex rather than being born with HIV. Most say that they would disclose their HIV status to the future spouse and many say they would prefer to marry HIV positive girls. The government counsellors are best placed to discuss with these young people, but for a variety of reasons they often don’t. At the moment we are in dialogue with 49 of these counsellors and hope that some at least will take up work with adolescents.

There is still plenty to do and we want to thank you again for your support.

One other thing. December 3rd 2019 is “Giving Tuesday”. GlobalGiving will give away HALF A MILLION US DOLLARS to boost each and every donation made on that day. We will get back to you shortly with more details of how we can maximise the way we can improve more young lives.

‹ 1 2 3 4 5 ›
WARNING: Javascript is currently disabled or is not available in your browser. GlobalGiving makes extensive use of Javascript and will not function properly with Javascript disabled. Please enable Javascript and refresh this page.