Holding Anjana in our Hearts 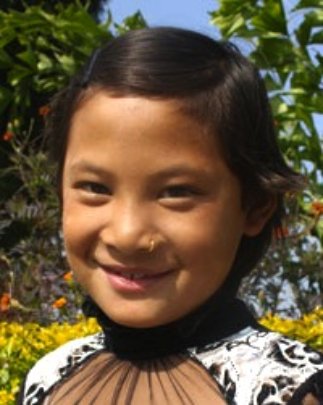 Thanks to your generosity and the tremendous work of our staff, counselors and older children, the 15 new children that have come to Ama Ghar since last year's earthquake are adjusting well, each at his or her own pace. The children have received counseling, meditation and yoga training, a supportive school environment, great medical care and of course, a lot of love from their new Ama Ghar family... and that goes a long way.

One child who adjusted particularly well was our sweet 10-year-old Anjana, who came to us from the remote village of Pyutan. She was quiet but had a kind of glow about her and she seemed to bond with everyone, not only those in her age group, but even the teenagers. Anjana was very focused in school and her teachers commented on the fact that she seemed very hungry to learn.

On July 1, as Anjana and her classmates studied in their classroom at Pashpanjuli School, the monsoon rains loosened the earth on the mountain above the school and their classroom was destroyed by an enormous mudslide that carried boulders, pieces of retaining wall and tons of earth and mud crashing into their space, killing Anjana and another girl from the village instantly and injuring 24 children, including five of Anjana's Ama Ghar brothers and sisters.

The effect of this tragedy was instantaneous and devastating. All of the Ama Ghar children have had a great deal of trauma in their lives, and losing a beloved sister was an enormous blow to them. The older children who are working and studying in Kathmandu came home to comfort the younger ones and help the staff keep 24-hour watch over the injured children in the hospital. The love and prayers of our friends around the world poured in and the children in the hospital, all of whom were in Intensive Care, made miraculous recoveries. Although their injuries are still severe, all of them are now home at Ama Ghar receiving different levels of follow-up care, rehabilitation and counseling. Our pediatrician, Dr. Neelam, commented that she had never dreamed the children would bounce back so quickly.

Everyone has pulled together through this tragedy, and our family is closer than ever before. And although Anjana was with us for a very brief time, she made an indelible impression and we will always hold her in our hearts. 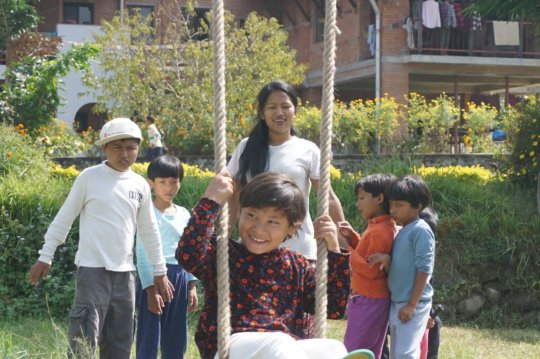 Anjana on the Swing at Ama Ghar 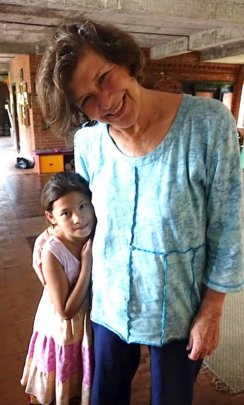 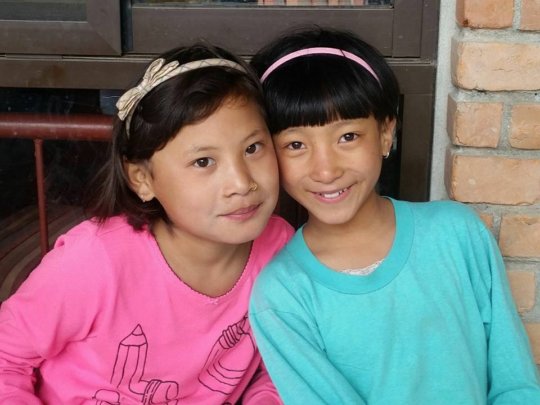 On Monday, April 25, it will be one full year after the devastating 7.8 level earthquake of 2015. We want to thank everyone at GlobalGiving and all of our donors for the tremendous support we've received from you since that terrible day. In this report, we'll share the story of our progress through the eyes of an individual child - but we would be remiss if we told you that life is back to "normal"... in some ways, perhaps it never will be.

Maya came to Ama Ghar five years ago as a tiny four year old girl who had been abandoned in the remote trails of the Himalayas. At that time, she and her small sisters Rekha and Bina, who arrived shortly after she did, were the much fussed-over bright little girls who entertained us with their dancing, singing and imitations of their older brothers and sisters - they were the "three musketeers" who enjoyed their family position as the youngest and the cutest of them all.

Then on April 25, 2015, life changed forever. Maya and her sisters were helping their house mother Uma to pick potatoes from the Ama Ghar garden when suddenly "the potatoes started jumping" as a result of a giant earthquake. As you know, everyone at Ama Ghar survived unscathed, as did our home. But the trauma of feeling the earth moving around them was enough to make everyone fearful - the whole family slept outside for several weeks and every aftershock set off new terrors.

To make things even worse for Maya, a large group of new young children, who had lost their homes and families in the earthquake, began to arrive at Ama Ghar. Everyone's attention was focused on ensuring the comfort of the new arrivals, and suddenly Maya had to become a Big Sister. It wasn't an easy transition, but with the help of some of the older children, she slowly began to relish her role as the leader of the younger children. She helped with the assembly of hygiene kits that were distributed to people in the earthquake refugee camps and began to assist the 13 new children with their adjustment to the family - it was a big moment in her personal development.

Today, Maya revels in her leadership position. Although April 25 is a terrible anniversary, it marks the beginning of Maya's transition from baby sister to a compassionate and supportive young girl, who is helping her family members to forget their nightmares and frightening memories and to adjust to new schools, new friends and a new life.

Thanks to your contributions to the Displaced Childrens' Fund, that transition is happening, one child at a time.

Five New Members of Our Family 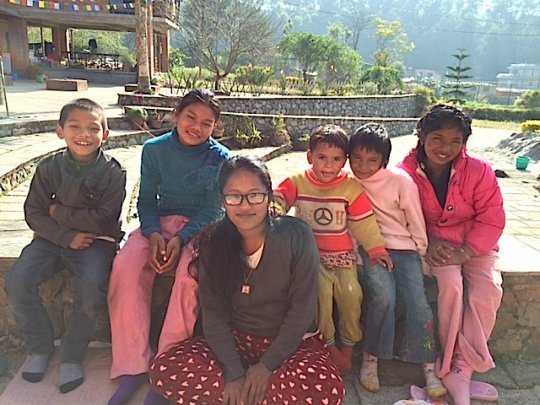 Five new members of our family

After the earthquake in April 2015, each of the 14 districts in Nepal had numerous Child Safe Places and displaced person camps that were set up and monitored by INGO's and District Child Welfare Officers. Out of over 2,000 displaced children, approximately 400 have been verified to have lost a parent in the earthquake and most have been reunited with their families in the village. Those that had no extended family are slowly being processed and placed in alternative care, when that is the only option.

As a result of these placements, Ama Ghar is very happy to welcome five new children to our family, thanks to the support of donors to our Displaced Children Fund. Their arrival means that we have to date rescued a total of 13 children who have been displaced by the earthquakes and their aftermath - and we couldn't have done it without you!

The Ama Ghar children have gone out of their way to make our new family members feel welcome and help them to understand they will not be moved again. Please join us in welcoming (Photo L to R) Buddha, a 7-year-old boy; his sister Buddhamaya (Rosina), age 11; housemother Pratima; Leela, a 4-year-old girl; Saraswati, a 7-year-old girl; and Sunita, an 11-year-old girl.

We will keep them home at Ama Ghar for a while to help them adjust before they go off to school. Our housemother Pratima is conducting some basic classes to help us determine when and where they will go to school. Right now we engage our new family members in play and music, crafts and drawing - the two older girls are even experimenting with knitting.

Our dog Siddhi, who is also an earthquake survivor, has been hard at work helping the new children learn how soothing a dog can be when you can hug them anytime during the day. Stay tuned for more news about the children that you have saved with your generosity. 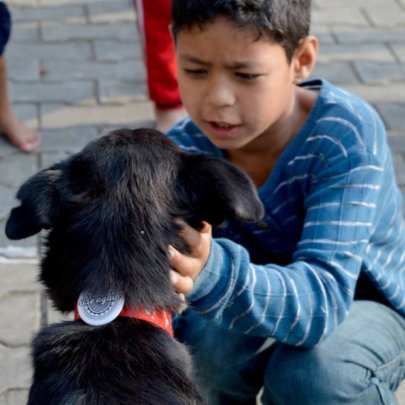 ‹ 1 ... 5 6 7 8 9 10 11 12 ... 17 ›
WARNING: Javascript is currently disabled or is not available in your browser. GlobalGiving makes extensive use of Javascript and will not function properly with Javascript disabled. Please enable Javascript and refresh this page.