From Shoreline to Mainland, Your Help is Vital 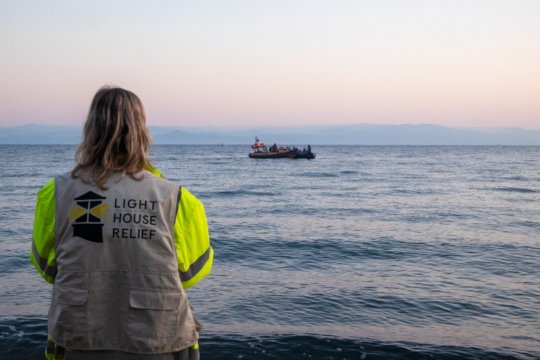 Over the past three months, Lighthouse Relief has faced one of the busiest periods in over three years. Thanks to your generosity, we have been able to rise to the occasion, providing immediate emergency response to increased numbers of people arriving on the shores of Lesvos, while ensuring that residents of Ritsona Refugee Camp can access psychosocial support while awaiting the next steps of their asylum procedures.

So far in 2019, Lighthouse Relief has supported over 10,000 people arriving to the shores of Lesvos. This represents a marked increase from previous years - in 2017, we supported 4,300 people, while in 2018, we supported 7,000. As the last remaining organisation on Lesvos with a land-based emergency response crew, our teams of dedicated volutneers are on call 24/7 to assist incoming boats on the shoreline, and in Stage 2 Transit Camp, while monitoring the seas for boats approaching the shoreline 21 hours a day.

Over the past months, arrivals to Lesvos were at the highest point since the signing of the EU-Turkey Deal in 2016, reflecting the continued lack of safe passage for those fleeing from conflict, strife and persecution. From the beginning of August to now, we have assisted in 172 operations, and supported over 7,750 people, nearly half of whom were under 18. On August 29, our team faced an exceptionally busy day, when 13 dinghies landed almost simultaneously on a narrow stretch of beach. We worked with our partners on the water, Refugee Rescue, to ensure that people could safely disembark, and provided dry clothes and a warm welcome at Stage 2 transit camp.

Although temperatures have started to dip since then, people are still making the perilous crossing to Lesvos. On the first day of November alone, our Emergency Response team on Lesvos supported 252 new arrivals, over 50% of whom were children. Over the past month, we have partnered with a medical aid NGO on Lesvos to ensure that a medical volunteer accompanies our landing team, enabling us to rapidly respond to medical cases on arrival. This is especially crucial now, as the cold weather brings with it higher risks of hypothermia.

At the end of September, we also wrapped up our ECO Relief program for the year. Since July, Lighthouse Relief's ECO warriors were responsible for cleaning 67 dinghies, and collecting 1,141 lifejackets. We are committed to restoring the beautiful beaches of Lesvos and supporting the local community, which has shown us immense hospitality in the four years that we have been in Skala Sikamineas.

Meanwhile, in Central Greece, Ritsona Refugee Camp continues to expand, and we are seeing new faces in our Child Friendly Space and our Youth Engagement Space everyday.

The Youth Engagement Space is a hub of creativity, a safe place where young residents can express themselves through art, conversation and writing. In September, Lighthouse Relief was proud to present the ninth edition of the Ritsona Kingdom Journal, full of artwork, poetry and prose by the talented young residents of Ritsona, which you can peruse in its entirety on Narratio. Several talented actors in the camp also worked with one of our skilled volunteers to create two short films, including "A Dream," a film that touches on our shared humanity, and the universal language of dreams.

Throughout the past months, with the help of our volunteers, we were also able to provide German and English lessons, and yoga classes. We continued to host art workshops in the Youth Engagement Space, even incorporating pottery work and portrait drawing into the ever-popular sessions.

Our Child Friendly Space has been busier than ever - our CFS team's imaginative weekly themes spark the curiosity and sense of wonder of the camp's youngest residents, while also allowing them to build on their resilience and strength. Throughout the past months, a daily average of 50 - 60 children have attended programming in the CFS, and have engaged in activities around such themes as "Music" and "Family." Skilled volunteers, including numerous Resident Volunteers, have truly been essential to these activities in both spaces, and we are very grateful to them for their support.

Our team in Central Greece also welcomed a new addition - our Sports Facilitor, who has been instrumental in leading sports activities for children and youth, including football in collaboration with a local Greek coach, basketball, badminton, tennis, volleyball, and more.

Over four years after we joined forces on Lesvos, over 96,500 people remain in Greece, in limbo. As the winter months approach, we are committed to providing a warm welcome that extends from the shoreline to the mainland. You have helped us come closer and closer to our goal in this campaign, and your support has truly empowered our teams to grow, strengthen programming, and to build capacity.

From the entire team at Lighthouse Relief, thank you! 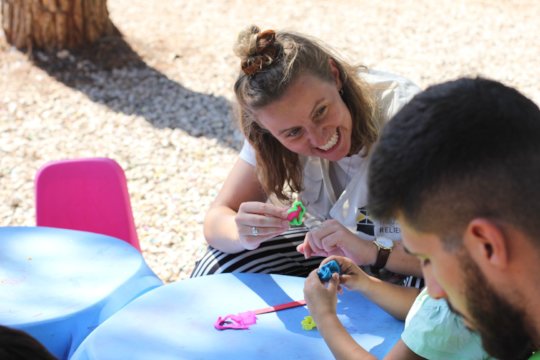 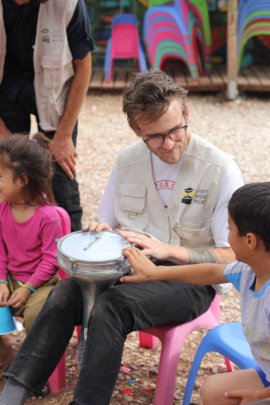 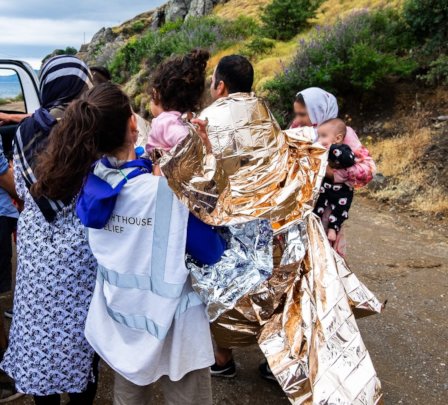 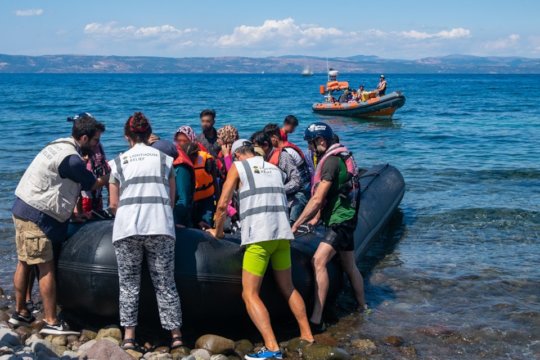 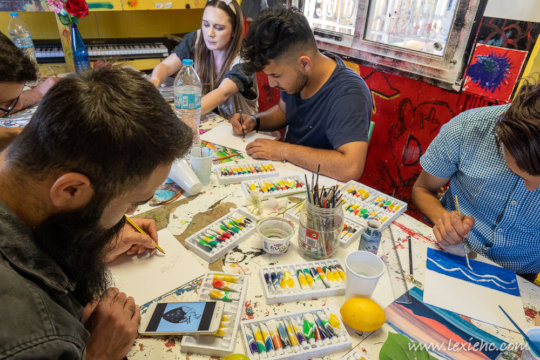 Inside the YES Art Workshop

A Busy Summer for LHR in Greece

By Clara Marshall - Head of Communications 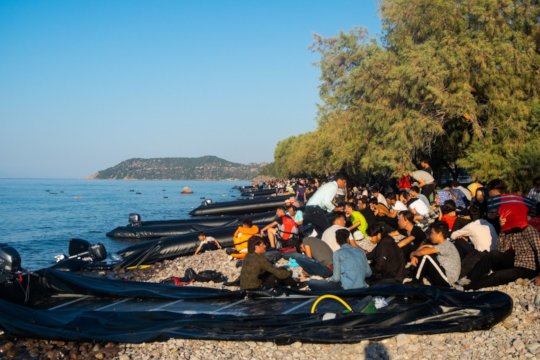 I’m anonymous, staring at the sky, giving speeches to the moon,

When the lookout cried out,

they hid, for the Patrol had come.

I am from Iraq and Syria and Egypt.. I am from Lebanon and Palestine and Kurdistan,

I reclined on a rock in the forest,

I protected myself from the rainfall under an olive tree,

I waited for a boat to take me,

I waited for a wave to carry me,

To a country without peril.

I am anonymous, searching for a sanctuary,

For a title, for a name,

For a picture chosen,

from thousands of pictures.

The last month has been a busy one for Lighthouse Relief, both in Lesvos, where arrival numbers hit a three-year high, and in Ritsona, where young people in the Youth Engagement space have been hard at work on the 9th edition of the Ritsona Kingdom Journal.

So far this year, our team on Lesvos has provided assistance to over 6000 new arrivals. Almost half of these landed in August, the busiest month for over three years. The 2019 ECO Project kicked off in July. So far, volunteers have collected a total of 479 bags, 32 dinghies and 953 lifejackets from 12km of the island’s stunning coastline.

On Thursday, 29 August, 13 dinghies landed in under 30 minutes on the same short stretch of beach on the north shore. The spotters at Lepetimnos alerted the North Shore Response Group, and our landing team was on the beach to provide first assistance. Although the team has been doing an incredible job, working tirelessly day and night, the need to attend simultaneous landings, rapidly restock our distribution tent and maintain equipment has put an additional strain on our resources.

It's been a sweltering summer in Ritsona camp, but children and young people aged 3 to 28 continue to pour into our spaces, braving the heat to take part in football sessions and art workshops or simply have a chat. In the CFS, we've been lucky to have a constant stream of visitors, from Clowns Without Borders to the Wind-up Penguin Theatre Companies - hours of fun that put smiles on the children’s faces.

In the YES, dozens of young people have been hard at work on their submissions to the new issue of the Ritsona Kingdom Journal, drafting articles, putting the finishing touches to paintings and chasing the perfect photo. The launch party took place on 3 September and was attended by family, friends and other actors in camp. The magazine will be published on our platforms in coming days. 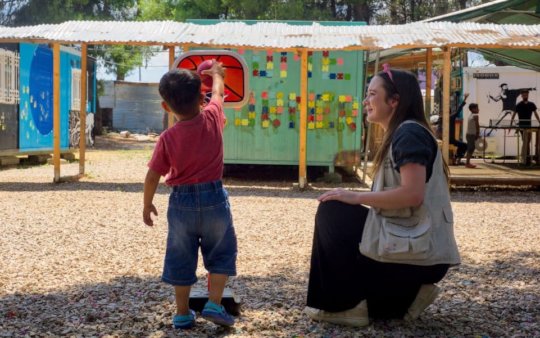 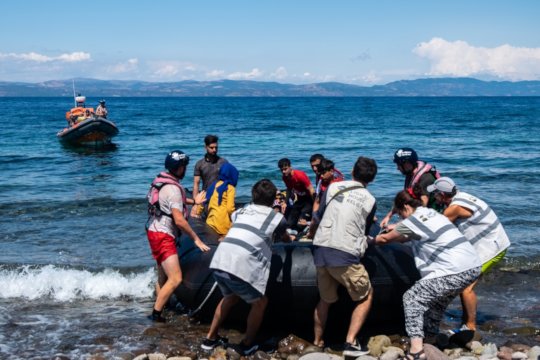 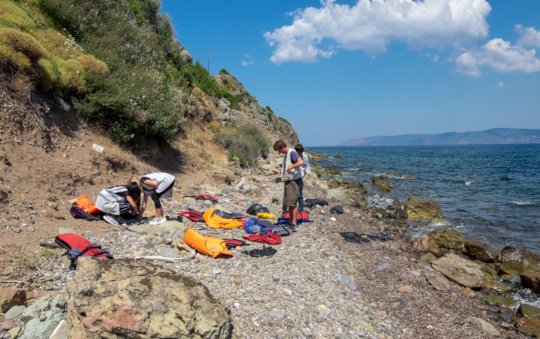 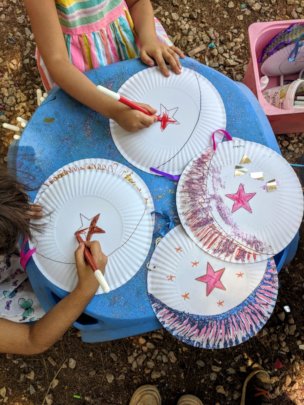 Thank you for supporting Lighthouse Relief! 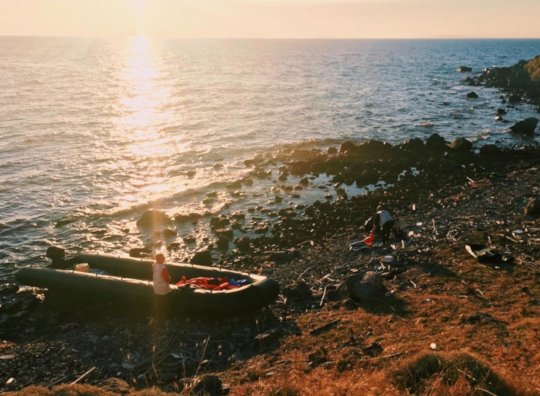 Our team at Lighthouse Relief would like to thank all who have donated to help us raise over $20,000 on GlobalGiving! Your generosity has enabled the LHR team on Lesvos and in Ritsona refugee camp to continue providing essential support services over the summer months with the help of our dedicated volunteers.

Since the start of 2019, the Lighthouse Relief emergency response team on the north shore of Lesvos has supported 2,970 new arrivals in over 70 separate operations. With warmer temperatures and calmer seas, there has been an influx of boats and suspected smuggler vessels which has made July our busiest month in the north of the island since early 2016. Our spotting points at Lepetimnos and cape Korakas have played a vital role, spotting 11 crossings to the north shore last month. This allows for the 'Mo Chara' search and rescue vessel as well as authority vessels to conduct safe interceptions on the water. Meanwhile, our landing team is quick to respond once notification has been sent by our spotters, and are on scene to provide basic humanitarian aid.

Our team of volunteers have been undergoing constant training to adapt their skillset to a new set of challenges due to the changing weather, as many new arrivals suffer from dehydration and heat stroke. We have also been leading improvements in both of our transit facilities to ensure they are fully equipped and stocked with clothes suitable for temperatures above 30 degrees.

On mainland Greece, the Lighthouse Relief team in Ritsona refugee camp have been providing residents with the opportunity to attend a variety of new workshops and creative projects in both the CFS and YES spaces. In June, with guidance from a LHR volunteer, a group of youths were involved in a short film project which encouraged them to use their imagination while learning about the art of filmmaking. Visit our Facebook page to watch the video!

The LHR facilities hosted a range of activities to mark the end of Ramadan and the conclusion of the school year. Both youth and their parents to join celebrations arranged by our staff and resident volunteers. Children in our CFS also enjoyed performances from Clowns Without Borders and the Flying Seagull Project, who entertained the audience with a series of plays and dances which led to laughter and singing from all involved.

The 9th edition of the Ritsona Kingdom Journal is well underway, with residents contributing artwork, photos and writing which will be published in the magazine at the end of the month. The RKJ is an opportunity for the youth of Ritsona to demonstrate their creativity and resilience and is made possible through donations we receive from our fundraisers on GlobalGiving.

On Lesvos and in Ritsona, your generous donations have enabled us to continue supporting those seeking a safe haven in Europe. As summer brings more challenges for our team, we need your support to ensure we can continue with improvements and remain fully equipped to provide our vital programming in Greece. 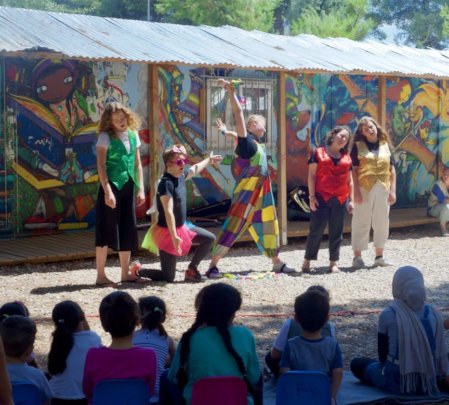 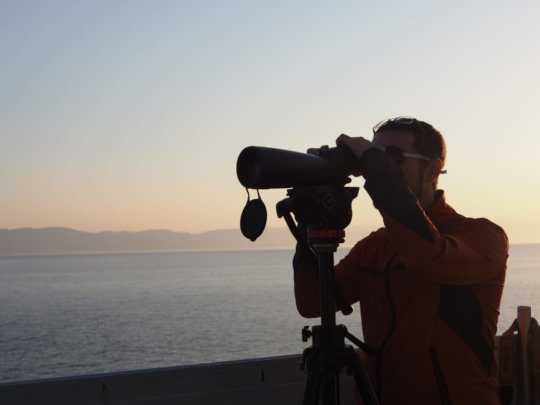 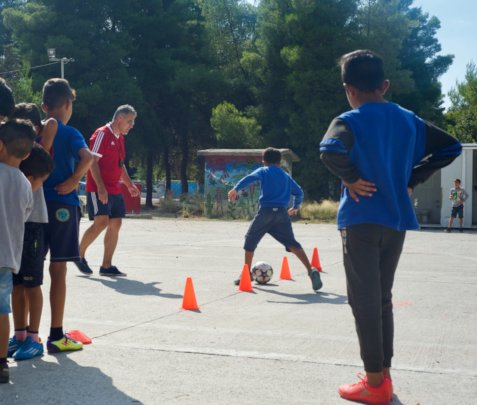 ‹ 1 ... 6 7 8 9 10 11 12 13 14 ›
WARNING: Javascript is currently disabled or is not available in your browser. GlobalGiving makes extensive use of Javascript and will not function properly with Javascript disabled. Please enable Javascript and refresh this page.