Our Commitments and Upcoming Action Plan

Here at the Sierra Gorda Alliance, we are committed to protecting the Earth every day. We have been busy training fire brigades to combat forest fires, which are worsened by climate change and illegal logging, but we still need your help to fund our action plans and prepare for next year.

Since the catastrophic fire this past May, which was finally controlled by the coordination between different government agencies and strong support from local volunteers and civil society, we gave ourselves the task of creating a solid action plan for the next season in 2020. Climate change, increasingly erratic rain patterns, and more aggressive fires, are all some of the biggest threats to the integrity and permanence of local ecosystems, their biodiversity, and the well being of the communities in the Sierra Gorda. Clearly fires are becoming a major element of global destruction and is an after effect of climate change, as is clear from the catastrophic fires this year in Brazil, Bolivia, Paraguay, Peru, Mexico, Russia, Greenland, Sweden, Portugal, Spain (notably the Canary Islands), Greece, Congo, Angola and Indonesia among others.

It's because of all this that we have given ourselves the task of establishing strategic guidelines that will allow for better defenses and control of forest fires. In order to properly diagnosis the problem and to create a plan of action for the following year, we will be collaborating with the National Forestry Commission of Mexico (CONAFOR), the National Commission on Natural Protected Areas (CONANP), and the municipalities of the region, on which the Civil Protection Offices of the counties depend.

Personnel from our brigade as well as Ejidatarios (communal landowners) and members of their own fire departments, attended the Basic Course for Forest Combatants (CBCF) given by CONAFOR and CONANP personnel in the city of Jalpan de Serra. The more people that are trained, equipped and ready to fight these disasters effectively, the less damage and environmental cost they will have.

Below is a more detailed action plan. As always, we appreciate your help and helping us protect this land: 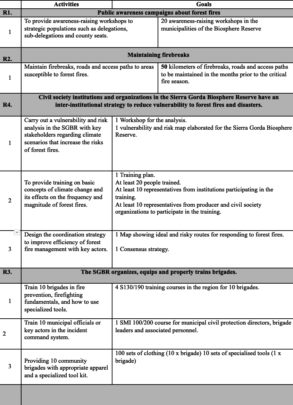 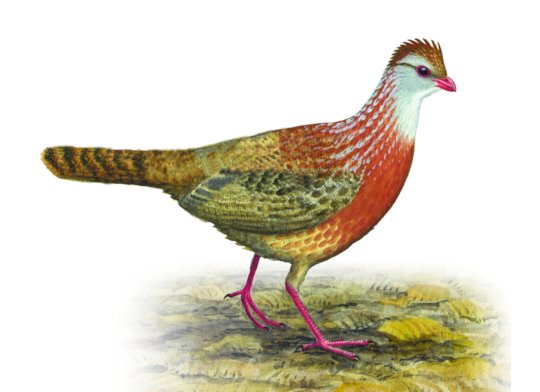 The Bearded Wood-Partridge is a chicken-like bird endemic to cloud and temperate forest areas of east-central Mexico. This speedy bird is distinguishable by its silvery blue neck and head and short slightly curved beak, which makes it a specialist in eating seeds, fruits, and insects! A fantastic seed distributor, the Bearded Wood-Partridge also feeds on beans and corn so it is actively persecuted by farmers.

Due to fragmented habitats, Mexico could lose this endemic bird and its beautiful elaborate 15 minute songs and seed dispersion skills. The bird can be considered a pest to farmers. Therefore, it is important to help incentivize the protection of this bird to farmers and protect its remaining habitat in its small distribution areas in Mexico.

The Bearded Wood-Partridge is decreasing in population due to fragmented habitats. There are 3,600 known mature adults still in existence, but the bird’s population has been vulnerable and declining for decades.

Sierra Gorda’s WildLands Project Director, Roberto Pedraza R., has spotted these rare birds in at least 40 different places on our reserve. And GESG protects populations of this species in several of the private natures reserve we run within our SGBR, providing it a true haven.

As mentioned earlier, we protect this bird in our Network of Natural Reserves under the supervision of GESG. This bird is abundant in the temperate and cloud forests where they are protected and still have forest corredors. This is very different to other areas where the bird is found, such as neighboring states like Hidalgo, San Luís Potosí, and Veracruz, where the forests are fractionated and its populations are isolated.

Without a doubt, effectively protecting its habitat is the best method for protecting this species. Furthermore, we need more environmental education activities and ecotourism projects that relieve pressure on forests, like those in Ejido La Trinidad, Xilitla, in San Luis Potosí State.

The Bearded Wood-Partridge is a non-migratory bird, meaning it does not fly to seek other lands. This means that this bird is extremely susceptible to those who see them as year-round pests. The Bearded Wood-Partridge is a very elusive bird as it tends to hide in the forest understory. Because of the birds’ tendency to hide, research on its habits has been difficult to conduct. Little is known about the bird’s reproductive habits. The species currently experiences a fragmented distribution due to hunting and habitat loss. 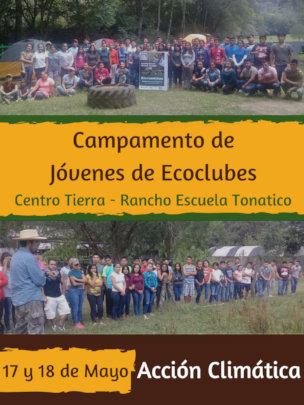 Poster to Join the Experience

In May, 55 young people declared themselves stewards of Nature and the Planet after completing this educational experience about taking action for a healthy climate with staff of Grupo Ecológico Sierra Gorda (GESG). They took the time to learn theory, have hands-on practical experience and have the opportunity to define their action plan as a coalition of students.

The first day began with Pati Ruiz Corzo, a globally recognized leader in conservation and the founding director of GESG, to talk about the origins of this regionwide citizens´ movement, the on-going conservation and community organizing required to protect the valuable wildlife that takes refuge in Querétaro, and to challenge the youth to think and feel throughout the next days about how they can help.  Integrating everyone into the activities that evening made it possible to connect with the objective of the gathering - to build an action plan with commitments that each group of students can commit to for the next year.

The main part of the experience took place at the Tonatico Ranching School one hour from our headquarters.  The day of the camping trip included some sessions with experts in the field. Nature photographer Roberto Pedraza (GESG staffmember) gave a moving presentation about the wealth of ecosystems and biodiversity in the Sierra Gorda Biosphere Reserve and the threats it faces.  Over the course of the day, the young people had a dynamic mix of theory and practice, including the topics of (1.) awareness about healthy food production and consumption, (2.) cattle and agriculture based on the 10 principles for holistic nature-based management, (3.) what it means to define objectives, action plans, commitments and teamwork.

Walking through the forest and work areas of the Ranch School was an eye opening experience for many, having been raised in the small urban environments where they were born.  Planting out a seed flat, turning fresh compost, interacting with farm animals and understanding the role they have in holistic management, eating fresh cut vegetables with people knowledgeable about the nutritional value, were all lifetime experiences for most of the students who participated.  We learned how most of the young adults have been exposed exclusively to conventional ranching - and they recognized how different and productive the landscape is under regenerative practices.

With further support we can equip these young people who will be living in semi-rural, semi-urban settings with the experiences, the curiousity and hopefully the skills that will continue to shape new possibilities for the future we want. 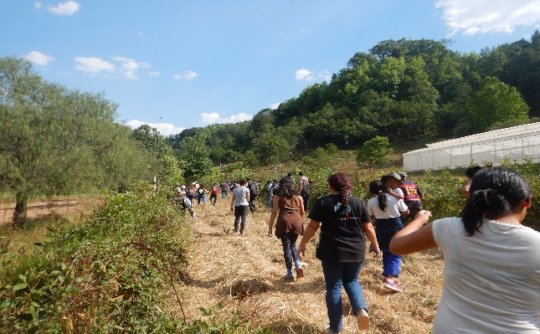 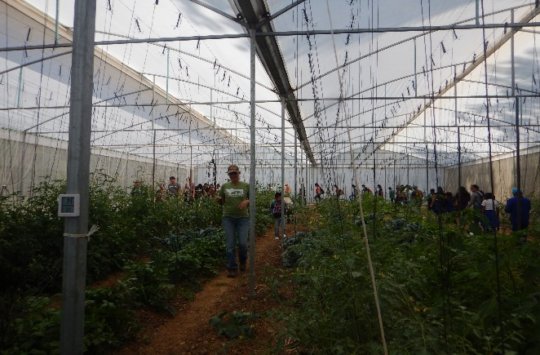 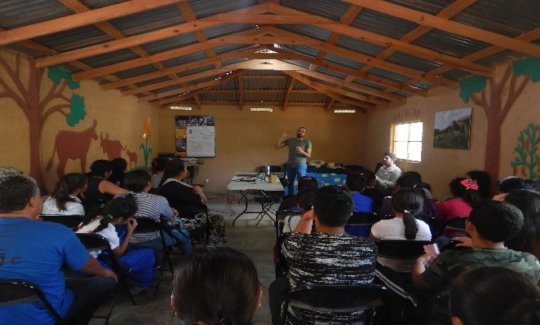 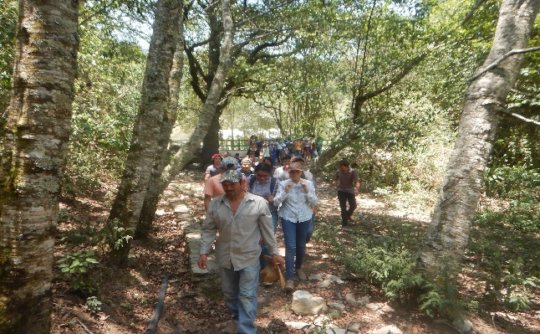 ‹ 1 ... 3 4 5 6 7 8 9 10 ... 26 ›
WARNING: Javascript is currently disabled or is not available in your browser. GlobalGiving makes extensive use of Javascript and will not function properly with Javascript disabled. Please enable Javascript and refresh this page.