Report on the Importance of Including Mental Health Carers in Policy

Chhahari Nepal for Mental Health promotes a holistic person-centered approach to support men and women mentally distressed found on the street and disconnected from their family. Through establishing relationships with the mentally distressed person and their carers, this opens up the opportunity to support stigmatized families to regain confidence and dignity to negotiate through complex relationships amid economic constraint.

We have been building up on providing support to mentally ill people and their carers. From our experience we have realized that it is essential to have a carers support group for awareness and guidance whilst they themselves support mentally ill person/s. We have been providing a monthly carer’s workshop sessions. These workshops allow friends, family members and other carers the opportunity to meet others. The carers have found it comforting to know that other people have had similar experiences

We are gathering evidence from the day-to-day realities of mental health carers,  with very low income (between 39 Dollars and 49 Dollars). The financial and social challenges that carers face in the absence of government mental health services and social protection provisions is huge. They struggle to manage the complex dynamics within the family and community together with the irregular behaviour that can arise as a consequence of mental illness. Also there is a perspective of men and women as mental health carers, including societal gender expectations, discrimination and stigma.

The caring role presents competing demands to juggle the unpredictability of the caring role with the responsibility to earn. There is a lot of stigma and exclusion carers may face as they try to balance their unpaid care roles with paid work to make a living.

Example of a young woman’s journey of economic survival and caring:

Sister, a young woman, cares for her physically disabled mother and brother with severe mental health problems. Father left the family home and has remarried. Brother has lived on the street for seven years, any close contact with him is difficult. Daily, she takes food to a place he knows. Delight comes when she can see him. The challenge remains to initiate brother’s treatment. Sister left education to care for the family then found paid work as a waitress. Juggling her paid work and being a carer is stressful. Sister participates in the carers’ support group and with this support she’s gained confidence and returned to education. A sponsor provides financial assistance for the family and sister’s education. Sister will be the long-term carer for mother and brother and with better education paid work opportunities will improve.

A briefing paper highlighting our work with the carers is published online on http://www.ids.ac.uk/publication/the-global-importance-of-including-mental-health-carers-in-policy 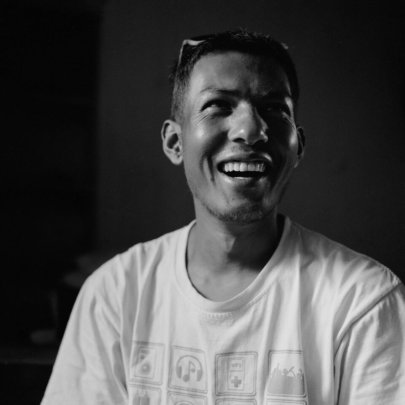 RTI project has been initiated by Chhahari Nepal for Mental Health and implementation phase was conducted by the St Xaviers Bachelor is Social work students placed in Chhahari for one year work placement. The project was launched by the team as per the purpose of advocacy and for understanding the budget formation in the mental health sector in Nepal.

The Objectives of this project:

Right to Information in Nepal

The Constitution of Kingdom of Nepal 1990 was the first constitution to guarantee the Right to Information as a fundamental right of the citizens. Article 16 of this constitution provided Nepalese citizen the right to demand and receive information on any matter of public importance, except on any matter about which secrecy is to be maintained by law. Similarly, the current Interim Constitution, 2007 has made a similar provision with some expansion on Right to Information in Article 27 as Fundamental Right. The current provision not only provides right to information on matter of public importance but also to the individual information.

The formal letters were prepared for submission to be made in the Ministries. The team leaders (St Xaviers Students) after finalization of the questionnaires went to the Ministry of Health and Population for letter submission and finally after a month the trainee received the response of the questionnaire submitted which was about laws, policies and programs for mental health sectors and it’s processing. The response from the ministry was delayed due to some political obstruction however it was then discussed and evaluated within the RTI operational team. The trainee had also visited NIC (National Information Commission) for the further suggestion.

1)   Through health and population ministry, including the main management branch and National health training center, orientation program are being conducted, also mental hospital has been conducting treatment programs, related to mental health. Also, 15 wards are to be managed in a compulsory manner, for the treatment of mental health patients in all teaching hospitals. Similarly, even in the central, regional and zonal hospitals, different wards are managed for the mental patient. In many of the nongovernmental organizations, people having problems regarding mental health are being treated.

2)  This ministry has given priority to the three year plan and the budget allocated by NHSP II for the mental health program.

4)   To bring solidarity in the subsidy that are provided in order to conduct health related program and nongovernmental health service, as well as to do optimum utilization of resources and to make the report writing process materialistic, for budget indicator preparation related to subsidy available, regulations were made to make the subsidy available for NGO by a committee meeting by various governmental hospital of this ministry.

We are trying to extract more information about mental health agencies that are getting fund from ministry which will be dealt in the coming days. 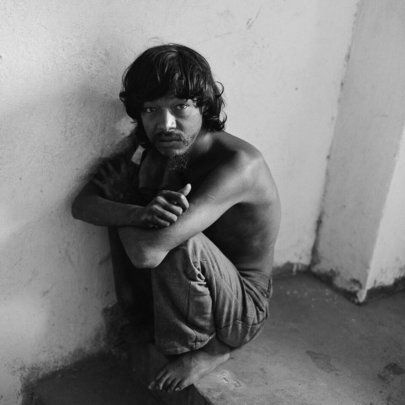 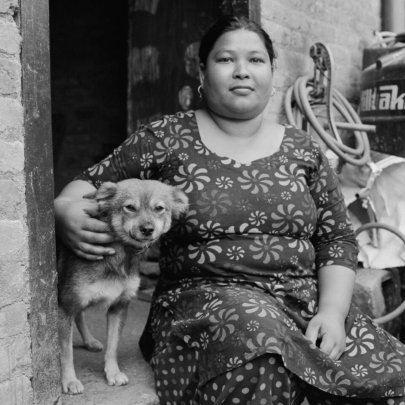 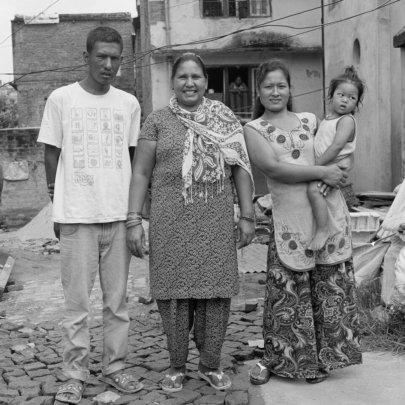 An investigation into the socioeconomic factors impacting on mental wellbeing in Kumbeshwor and Imukhel area (Lalitpur, Nepal).

This report shares the findings of a three-month research project into the idiosyncratic realities and socioeconomic factors that might make certain populations more vulnerable to mental distress and mental illness. The location of our research was the Kumbeshwor and Imukhel area in Lalitpur(Kathmandu, Nepal), which was identified by Chhahari Nepal for Mental Health (CNMH) as being of concern due to the magnitude of mental health issues seen in the area.

In Nepal mental health issues have not been adequately addressed, either by the government, private sector or non-governmental organisations (NGO). It is estimated that around 20% of the country’s population of around 30 million people are affected by mental health problems in some form, yet only 0.14%of the national health budget is currently spent on mental health. On the positive side, in recent years there have been increasing efforts on the part of NGOs to work on mental health issues, including the establishment of a national level Mental Health Network, of which CNMH is an active member.

This work was commissioned by CNMH during the two volunteers who prepared this report worked. CMNH is a secular local NGO that has been working for over five years in the district of Lalitpur in the Kathmandu Valley  , with the aim of establishing a more just and equitable society where the mental health needs and wellbeing of all people, women, children and men alike, are addressed.

Within Lalitpur, the focus of research was narrowed to the smaller area of Kumbeshwor and Imukhel, where CNMH identified a larger than average number of people suffering from mental illness and/or distress. Interestingly, narrowing geographical focus simultaneously led to a particular ethnic group, as the majority of people living in Kumbeshwor and Imukhel are Podes (or Deulas), who belong to the Newar lowest occupational caste, the so-called ‘untouchables’.

This report narrates and analyses the data collected, seeking to function as a bridge between the realities in the field and the professional lens on these issues, revealing several common themes but also some discrepancies between the two. Finally, informed recommendations is also provided for mental health service providers in Nepal with more specific recommendations tailored to CNMH.

Both the professionals and most of the clients' families and neighbours acknowledged the huge reliance on traditional healers, especially when there is no sign of physical injury or illness. In fact, it was said that several informants believed mental illness is caused by someone casting a spell to ‘ruin you’ due to jealousy or hatred.

Here is an example, Shyam’s neighbours thought that his mental distress was caused by a stranger having ‘ruined him’ by giving him some milk to drink. However, they admitted they didnot see him drink anything offered by anyone else and Shyam himself does not hold that belief. His neighbours also confessed that they were afraid of Shyam during full moon nights because they thought his behaviour would become erratic and violent. When inquired whether they were referring to the mythical story of a man turning into a werewolf on a full moon night, they agreed this was so.

A social development practitioner reiterated the popularity of traditional healing beliefs when there is no sign of a physical wound. The reductionist association of all illnesses to a physical injury causes people to believe that those who become mentally ill or are mentally distressed must have been ‘ruined’. Hence, they are taken repeatedly to traditional healers. The social worker mentioned that people only acknowledge the one person who is 'cured' by a traditional healer; which in his words ‘could be a coincidence’ rather than the many who are not cured. Hence, according to him, sufferers and their families have no faith in recovery through medication and hospital visits but continue to visit faith healers, despite inconsistent results, posing a challenge to modern health care.

Poverty was one of the first factors thought was impacting on the capacity of individuals and families to respond to mental health problems and indeed found it to be a fundamental contributing factor. However, it is important not to impose a label and let it stand as a full explanation for a circumstance or behaviour. It would be overly simplistic to conclude that the families of the Pode community do not seek out treatment or follow through with it purely because of a lack of financial resources. Although it undoubtedly does play a role, there are other more subtle dynamics that unfold in particular ways within unique circumstances that could explain behaviours

The same problem of resources present in the families of informants applies more generally to the health care services in Nepal. The specific vulnerabilities that the Pode community might face in responding to mental illness and distress are exacerbated by the general lack of government resources allocated to these societal issues. Indeed, caring for the mentally ill and distressed is generally considered the responsibility of the families or communities of the distressed.

We are in the final process of editing this research project report. The full version of the report will be shared upon request. Contact or email us for more details on this report.