Empowering Mothers to Self Advocate 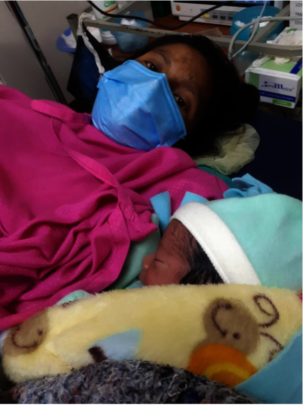 The Covid pandemic has overwhelmed Guatemala's public health system and left many pregnant women feeling isolated, highlighting the need for our Maternal Health Program navigators, who accompany women on their journeys and provide a variety of supports along the way.

From July 2020-June 2021, midwives and navigators with our Maternal Health Program have monitored 769 births and saved 31 lives by identifying potential problems in pregnancy and connecting mothers with the care they need to avoid further complications.

At the time of her fourth pregnancy at age 31, Doña Ana, a field worker from a village outside Tecpán, was living in fear of her husband. He was controlling and verbally abusive, especially when he was drinking. Several years earlier, she had put her first child, whom she had with a former partner, under the care of a relative out of concern for the child’s safety.

Because Doña Ana had a Cesarean delivery with her last child just over a year earlier, workers at the local health post advised her to seek medical care during her pregnancy to address potential risks and to consider another Cesarean delivery. She was reluctant to do so, fearing that it would provoke her husband, who did not like her to leave home. Working with our care navigators, Doña Ana was able to get her husband’s agreement to see a doctor at the Tecpán Health Center and schedule a Cesarean delivery.

A month later, she developed pain in one of her legs and went for an evaluation at the Health Center. The doctor indicated that if the pain persisted, she should go to the hospital and seek emergency care. In a follow up call, our team noted the possibility of premature labor and advised a hospital visit. In calls over several hours, our team attempted to convince Doña Ana’s husband to allow his wife to seek care at a hospital, but he refused to allow her to leave the house before dawn.

Early the next morning, Doña Ana, who continued to experience pain, met our care navigator, who had been waiting for her at the hospital. With sadness, she revealed that she had left the house secretly. Communicating through the navigator, who translated from Spanish into Doña Ana’s language of Kaqchiquel, the gynecologist indicated that Doña Ana should be admitted for treatment to stop labor since she was just 27 weeks into pregnancy. Doña Ana broke down in tears, sharing her fears that her husband would not agree to the treatment. After repeated unsuccessful attempts to contact her husband, Doña Ana agreed to have the navigator reach out to her mother-in-law. The mother-in-law expressed surprise and concern, approved the hospitalization, and agreed to speak with her son. After being released, Doña Ana let the navigator know that things were ok with her husband upon her return home.

A couple months later, Doña Ana again began experiencing labor pains before her scheduled delivery. Thanks to her earlier experiences, she understood that it was important to get help regardless of how her husband might respond. But when a doctor suggested that she should be admitted for treatment of an infection, Doña Ana again began to worry about her husband and about care for her children who were at home. Fortunately, this time, when she spoke with her husband, he said he supported the treatment and agreed to care for the children at home. Crying tears of relief, she agreed to stay. 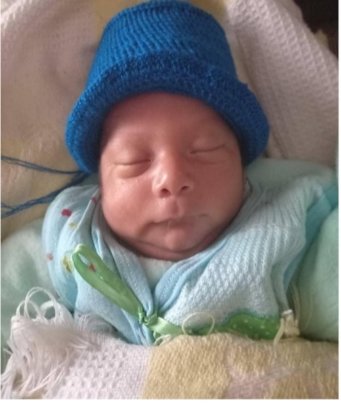 Facing Down Hunger in Guatemala as COVID Surges 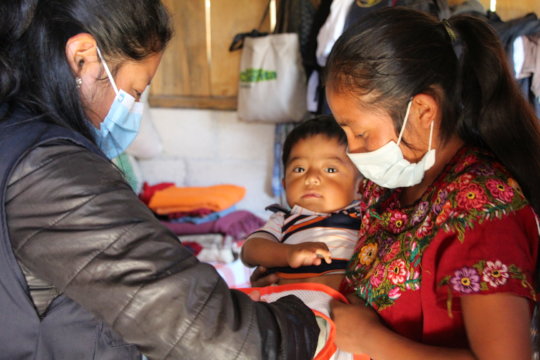 The last several weeks have been especially difficult in Guatemala, with COVID cases surging, hospitals overwhelmed, and vaccination rates still below 3%. The recent ouster of the country’s top anti-corruption prosecutor is fueling mistrust of the government, with the unfortunate side effect of shaking confidence in government issued COVID vaccines. (Which in any case remain scarce.) These fragile conditions continue to take a toll on jobs and make it harder than ever for families to afford and access food.

To meet these challenges, we are stepping up food deliveries and telemedicine. In addition, our nutrition teams continue to make regular visits to support families of children with chronic malnutrition.

I recently had the opportunity to spend some time in the field with some of these remarkable teams. In almost every case, we saw progress from previous visits in terms of weight and height, but in one instance, a young boy named Josué was losing ground because he had diarrhea that left him listless and disinterested in eating. Our tech provided some medication to clear his infection and reviewed hygiene measures with his mom, so hopefully the next visit will show good results!

I was struck by the genuine connections between our team and the families. It was clear that there was mutual respect and that the nutrition techs were offering very welcome and needed advice that made sense in the context of each family's situation. It’s encouraging to see the trust and progress that comes with building relationships with patients over time in their own languages and communities.

Thank you again for making these lifesaving efforts possible!

Stepping Up to Meet Growing Needs During Covid 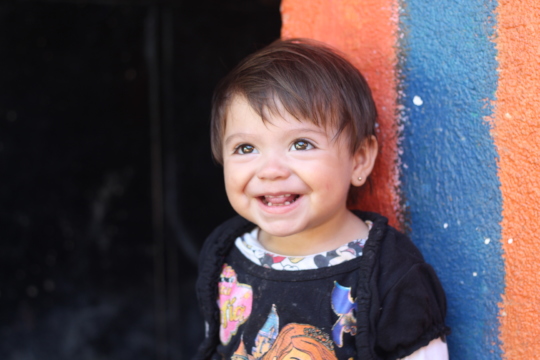 Childhood malnutrition and stunting has been a focus for Wuqu’ Kawoq since the beginning. Despite the immense efforts and successes thanks to our supporters and staff, the obstacles imposed by COVID-19 on communities and the economy make the fight long from over.

Since COVID began, we have ramped up our efforts against malnutrition by supporting over 1,000 families with vitamin and nutritional supplements.

One child who began receiving nutritional support from Wuqu Kawoq in January 2021 is Nayla. She is 17 months old and is the fourth child in her family. Her family received 30 eggs, 30 supplements and two pounds of beans from Wuqu Kawoq every month during their five month nutrition intervention.

Our nutrition team tracked Nayla’s weight and height to make sure she was receiving effective care and so her family could see her progress.

Our work together was a success, her mother learned the best combinations of food and meal timing to help Nayla improve her height and weight.

The vaccination rate is inching up in Guatemala - roughly five percent of the population has received at least one dose - offering promise for improvement in the coming months. In the meantime, we will continue to partner with families to address surging malnutrition, particularly in rural areas, to help build a healthier future for Guatemala’s children.

1 2 3 4 5 6 7 8 9 ... 20 ›
WARNING: Javascript is currently disabled or is not available in your browser. GlobalGiving makes extensive use of Javascript and will not function properly with Javascript disabled. Please enable Javascript and refresh this page.